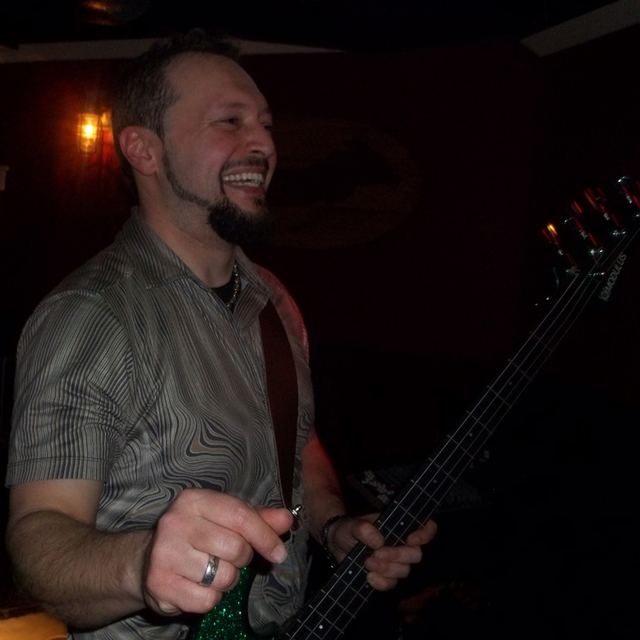 More than anything, I buzz from connecting with the crowd… either turning a tough crowd around, or having a party with a lively one. My favorite type of group is an eclectic crew built to drive dance songs – The 5-7 person band thing built around a 3-piece, with a male and female lead mixing it up… capable of accurately covering dance, alt-rock, funk, pop-punk, and classics. I like the odd original thrown in (one or so a night) – But give the crowd what they want, played the way the songs were recorded (because it worked). That’s my basic framework, but it’s all about having fun – Fun with each other and connecting with the crowd. My style is pretty straight forward. You will find flashier riffing bassists, but good luck finding someone as dedicated and connected with the crowd. I learn tunes note-for-note, but will deviate for a break with personality or when the group thinks something unexpected best serves our purpose.
I have pro gear (one backline for day-to-day use and one for ultra-large or outdoor venues). I love to party, but am not tied down by any drama or addictions. I do my homework, because I’m not going to have fun unless I’m doing it right. I believe rehearsal is for making a song work as a group – not the time to learn the song unless it’s an impromptu “Hey, let’s learn the solo break of Sweet Home to melt their face when some dork yells SKYNYRD!”
My previous project was a 10 year stint with One Down: a mix of covers and originals with some limited radio play. We played all of New England but Connecticut, and were family. Being day-job guys, we played 2-8 times per month, with a 4 show average. Visit the website at .OneDownRocks to get a peek into what we were about. I (Sheldon) have a page on “The Band” tab. The “Song List” tab will give you a feel for our shtick as well as let you sample our sound. I designed and maintained the website as well as did the vast majority of the booking and promotion. For my future project, I’d like to take on less of the load but am totally down with carrying my weight. I’ve taken the last 3 years off, and am so very ready to hit it again. I’ve been playing 4-string forever, using a 5 only when the recording made use of the B-string. Since I’ve taken some time off, my plan is to get back into it playing the 5 as my main instrument. Partially because traveling with 4-7 guitars is a drag (4, 5, 12, 4/6 doubleneck and alt tunings), but mostly because I’m excited about the freedom and potential of a 5. Rock on.

Cake, RHCP, Rage Against the Machine, Rancid, Dishwalla, but I'll get inspired by anyone who can make a connection.