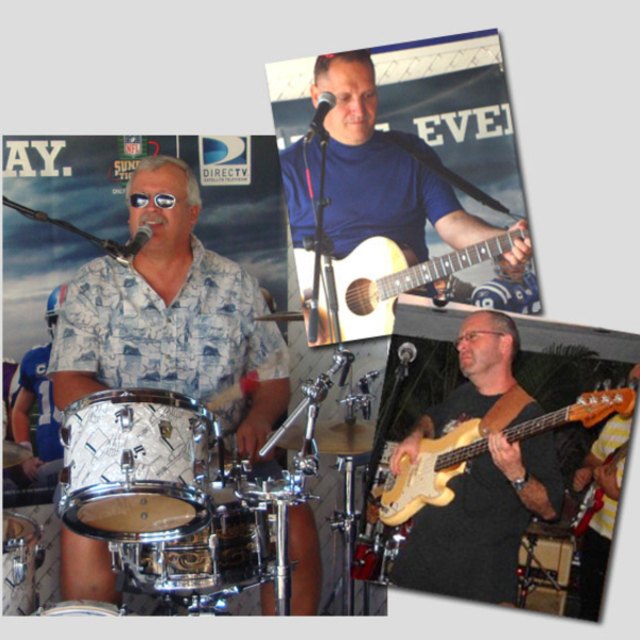 The Music you know and love ... Top Shelf Oldies is a Live 3 piece music band - beautiful three-part-harmonies bringing you back to the good ole' days when music was fun and memorable.

We're about entertaining ... our volume is always professionally low. Accommodating dinner conversations and showing respect for all guests ... but our music is played with passion and electric performances that will leave you and your guests wanting more ... we're fun ... we're friendly ... We're Top Shelf Oldies waiting to play and perform at your next function or event.

Born in upstate New York, Glenn decided at an early age to be a singing drummer. After moving to Vermont in the late 60?s, he became an integral part of Burlington?s? premier oldies group...the ?Adams?. Spanning over 30 years, the Adams both ?backed-up? and ?warmed-up? many top name groups, including?the ?Coasters?,? Brenda Lee?, and the ?Shangri-Las?.

Before leaving Vermont for his now permanent residence here in Ft. Myers Florida, Glenn formed and directed the number one ?Hot New Country/Classic Rock Group? ?Phill ?n the Blanks?. For over seven years they rocked the Central Vermont entertainment scene.

Having performed as often as six nights a week in venues that included smoke-filled ?Honky-Tonks? to ?Caesars Palace? in Atlantic City, Glenn has settled down to entertain and have fun here in Florida.

With his lead and harmony vocals, as well as his ?In the Pocket? drumming, Glenn knows how to be part of the show ? not a ?Show-off?. Glenn Brings his talented skill sets to Top Shelf Oldies, eager to perform to the appreciative older crowds here in Southwest Florida.

John comes from Boston, MA area; John has boatloads of professional experience playing all over New England. John played his first professional job, a wedding, in 1977 as a lead singer with the band Ultra Blue - While John's peers pursued professional recording contracts John was content performing and entertaining. "It was always about the audience for me ... no one really wanted to hear my originals but me" ` John

John did eventually pursue a professional writing and recording career which has enabled him to leave a permanent mark in the annals of music. See John's original song composition and recording under the stage name of Jay Norris recorded and performed with local Florida professional Ira Wilkes. Last Chance Cafe

Leo Mera is a performer, composer, singer and overall musician. He is intuitively melodic, seriously syncopated and skillful in his craft. Leo has formal music theory training, but is best described as playing by feel.

Working the Maimi scene for over a decade, Leo is well establised and versitile in his playing and style. Leo's music experience has afforded him the opportunity to play with various styles ranging from rock, jazz, blues, country & western, funk and oldies, making Leo the perfect fit in the sounds of Top Shelf Oldies.

Cheeseburger in Paradise ~ Route 41 and Daniels Parkway ... 7:30pm show time/ Opne to the public call ahead to reserve tables over 4 people.