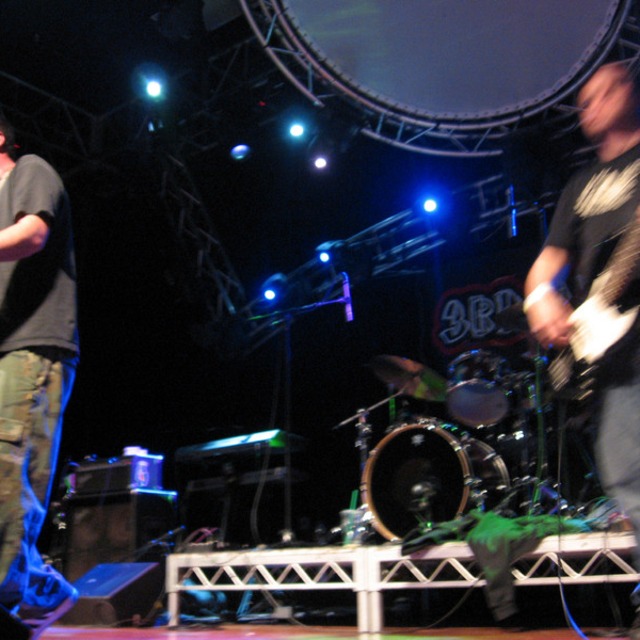 In a nutshell, 3rd Alley formed in October 2004 in Mudd's home studio. It started from a 4 track demo that Zack had made and sent in to Long Beach Recs. Zack on vocals, songwriting and guitar, Tyson on bass and Mudd on Drums. We put out "After School Special" (aka. ASS) one year after the band's inception. It's been released in Japan, Europe and Australia, with all different bonus songs. Mudd was inspired by McDonald's "collect them all" campaign, which turned out to be a great idea. The band has supported the album by touring across america, europe and mexico.

Zack got his feet wet fronting the San Diego Band, Handful, but has also toured America as a solo artist. He locked himself in his home studio for a few months and wrote and recorded a bunch of songs and shortly after 3rd Alley was formed and a lot of those songs turned into Alley songs, i.e. "i need sleep," the original demo version, was released on the Martian Church/LBR Compilation "More Propaganda" in 2005.

Tyson aside to his sparkling personality has played bass in Indonesian Mules and fills in for Randy Bradbury in Glue Factory on occasion. Rumors of Tyson's ambitious attempt at becoming a child star are rampant and are based on our previous bio mentioning his Sunny Delight fame.

Screen name:
3RDALLEY
Member since:
Sep 25 2007
Active over 1 month ago
Level of commitment:
Touring
Years together:
3
Gigs played:
Over 100
Tend to practice:
1 time per week
Available to gig:
2-3 nights a week
Age:
42 years