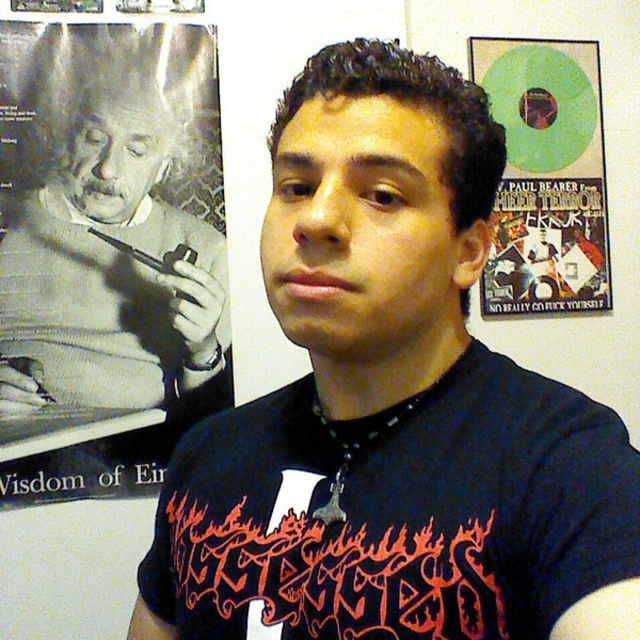 So here's the deal, it's been a while since I've been on a stage and I wanna change that. There's no bullsh*t with me I'm just a guy who loves heavy music in general, Metal, Hardcore punk, Oi music whatever I don't give a sh*t I just wanna be in front of a crowd and feel the energy pumping through me. I'm looking for something along the lines of suffocation or deicide style but with more free range to go out and experiment with random sh*t. A band that can sort of meld different genre's either within a song or throughout an EP it's all the same. Some real Bi-polar fu*king music to match my personality since this is all therapy for me. I like experimentation and I'd like to be able to experiment with my voice things I've never done, I'm in a mid to low range in terms of tones but I'd like to experiment with highs and take my voice to strange places just for kicks. So if I sound psychotic enough for you send me a message and lets fu*king get to it.

Oh and by the way I'm not in this to try and become a millionare, honestly I could give a fu*k less whether I get paid or not that's not why I'm doing this I really just miss being able to put on a show for friends and strangers alike. That's not to say I won't take it seriously but my main goal in life is not the acquisition of capital, it's the acquisition of great experiences, enjoyment and good times. Now send me a goddamn message and we'll talk over a pint of the good stuff and bullsh*t about the world.