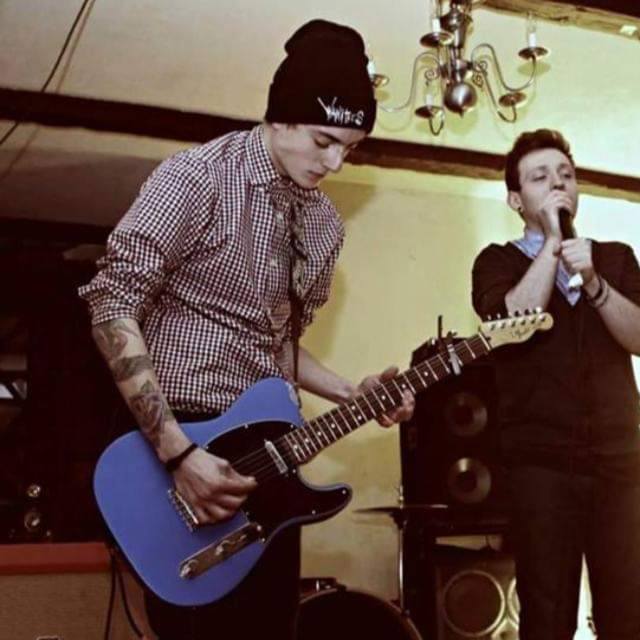 disclaimer : I'M LOOKING FOR A COMMITED BAND THAT GIVES 150% ON AND OFF STAGE. please don't hit me up if were going to sit around, not write any songs and be lazy. Dont hit me up if you arent going be 100% on your playing live, because ive had my fair share of sh*tty shows, and they are just down right embarrasing. Not trying to come off wrong but I've been there, done that. Bands only work if your mind, heart, and wallet are invested. I have A LOT of stage energy. I've broken 3 guitars, gotten knocked out and wound up with 9 staples in my head because i was hit in the face with a guitar spin. I jump around, I sweat, I put on a show.

23 years old originally from Northeast CT, the quiet corner. I played guitar and some vocals in an old CT local band and played multiple shows a month consistently for 3 years.

That was my old band, like I said I did some singing and i wrote 100% of all the guitars for all of those songs. I started that band when I was just turning 14.

I'm not looking to play guitar, but I'm looking to do vocals in a heavier band. I have a unique style, one that I haven't fully found yet. I want to have the opportunity to hop on an instrumental track that I haven't written. My is going to be posted below, but keep in mind ALL OF THESE SONGS WERE WRITTEN AND POSTED BETWEEN 3-5 YEARS AGO WHEN I STILL LIVED UP NORTH. I am WAY better now, even if you like what you hear. I have some basic computer gear to do Pre-Production (although I haven't turned on my computer since I moved let's hope it turns on)

I also still have a satin blue fender telecaster. It's a special edition but not the American. It was like 600$ but still plays beautifully but cosmetically, there isn't a scratch on it. Like I said though I'm not looking to play guitar but I do have a couple shure microphones and cables. I have a basic recording condenser Mic as well.

As much as it shouldn't matter but it does, I have a decent "band" image. Tattoos, dermal in my face and like I said, I have crazy stage energy.

Hit me up, let's make some bangers and play some shows.

-3 other guitars back home in CT