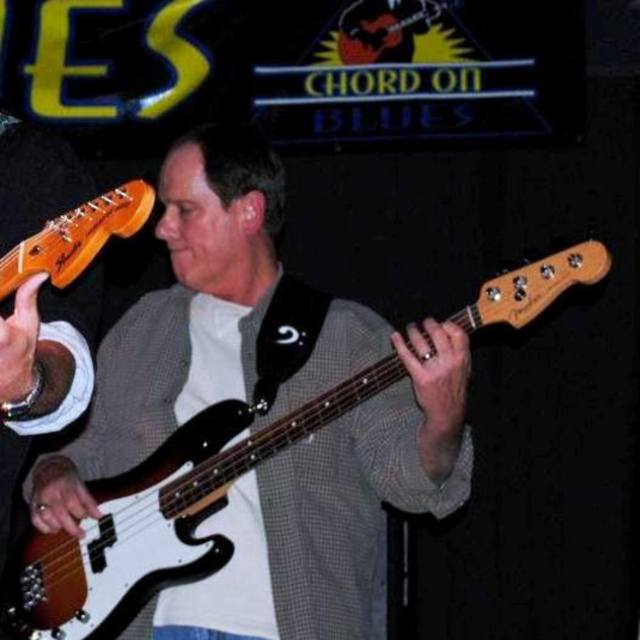 My music interests: rock, blues, jazz, and just about anything else except rap/hip-hop. I am a classically trained musician. Currently, and for the past 15 years I have collaborated and studied electric bass theory with Chicagoland bassist, EADG4 author, and Mel Bay columnist, John Falstrom. In high school, I spent time jamming with blues legends Sleep John Estes and Hammie Nixon. I can be contacted through Bandmix or at deg9995 at gee male dot kom.

Excluding drums, all tracks for If I Fell, Pluk It, and Bassed Out are played on bass guitars.

If I Fell is recorded on 5 tracks. Melody and chords played on a Danelectro Longhorn, bass line played on a Fender Jazz Bass, and percussion played on an Alesis SR-16.

"Pluk It" is recorded on 3 tracks. Track 1 percussion. Track 2 is the main bass line played on a Fender Jazz bass through an MXR phase 90. Track 3 is the solo played on a Danelectro Longhorn through a Sansamp Bass Driver with the drive maxed out.

"Bassed Out" is recorded on 5 tracks which include the bass line, the same bass line doubled up an octave, strummed I, IV, & V7 chords, and the solo. All played on a Fender American Precision Bass.

All Southbound 61 tracks were recorded directly off of the board at Real Time Sports in Geneva, IL.

Many, but a few that are noteworthy include: Early Allman Bros, Humble Pie, Led Zeppelin, Stones, Yes, Rush, Blue Oyster Cult, Johnny Winter, GnR, Glenn Hughes, CSNY and Albert King and anything else as long as the bass line is interesting.

All pro gear. Plugged and unplugged