Agents of the Sun + Band in Baltimore, MD 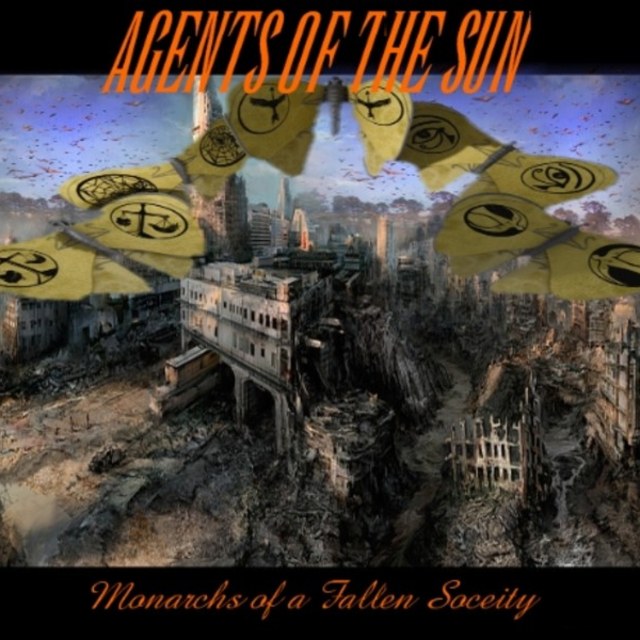 The Baltimore-based quintets new album "Monarchs of a Fallen Society" was mixed by 311's very own Chad Sexton(drummer) and is the follow-up to their 2003 debut, AURORA (DCide), which was described by Drum! magazine as having "intelligent craftsmanship, a strong alt-pop sensibility, a gift for making complexity sound easy." In an A+ review, The Aquarian raved, "an incredibly strong modern rock band that delivers catchy songs with plenty of thought and oomph. Amazingly commercial and still very, very smart. Nice." Theprp proclaimed it "an album that arrives bearing melodious fruit ripe for the picking" and In Music We Trust concluded, "Agents of the Suns eclectic hard rock mix has the sound that todays radio desires, and they do an admirable job of incorporating it into AURORA."

Agents of the Sun is anticipated as one of this years top emerging artists. "Monarchs of a Fallen Society" shows the Agents teaming up with Steve Wright (SR-71, Evan Taubenfeld, Columbia Records) who produced the bands first album "Aurora," which has sold out of stock in major retail outlets (Tower Records, Sam Goody, Best Buy) multiple times.

The record has become no stranger to the celebrity CD deck. Celebrities such as 3- time Wimbledon champion, Venus Williams, states Lately I've been listening non stop to Agents of the Sun. I have not been able to get into a band this much for years. I feel like me and this band are on the same wavelength." The Agents have also attracted the attention of 311's drummer, Chad Sexton, to an extent where he offered to mix this new record. "This band rocks, the more I got to know them, the more excited I became and the more I was blown away by how amazing this record is," states Sexton.

Metal Express Radio (.metalexpressradio) hails the Agents of the Sun sound as a stripped down Linkin Park or 311 fused with Sum 41 and Trapt; groovy Rock tunes with a lot of melody and very sing-able choruses. "So Long" sounds like an anthem for the next teen angst movie, and if "Therapy" isnt a Top Ten single, it will be a great mistake on radios part.