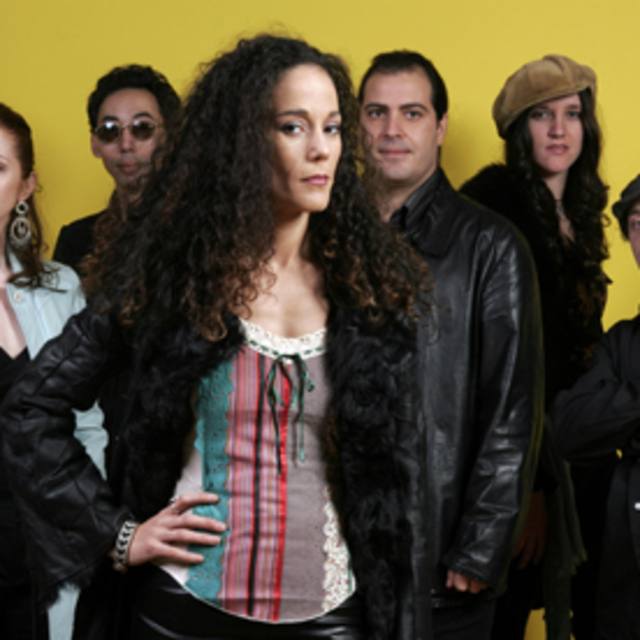 Led by vocalist/songwriter/musician Stefanie Seskin, New Jersey's Blue Number Nine is an interracial soul/funk outfit with a strong â€˜70s influence. Seskin isn't necessarily an R&B purist where Blue Number Nine is concerned; there are, at times, traces of rock, pop and jazz in their work. But soul/funk is the primary direction of Blue Number Nine--who have sometimes been compared to the equally â€˜70s-minded Brand New Heavies--and Seskin obviously gets a lot of inspiration from an era in which Rufus & Chaka Khan, Labelle (Patti LaBelle's â€˜70s vocal trio with Nona Hendryx and Sarah Dash), Maze & Frankie Beverly and the Average White Band reigned supreme on the R&B charts. Seskin's funk isn't the gutbucket, over-the-top funk that Parliament/Funkadelic, Bootsy's Rubber Band and the late Rick James were famous for in their heyday; rather, Seskin favors what was called "sophisticated funk" back in the â€˜70s--that is, the sort of gritty yet polished funk associated with Rufus/Khan, Maze, AWB and Philadelphia International Records. Seskin formed Blue Number Nine in September 1995; by that time, she had a resume that included, among other things, a stint playing bass for the New York City band Bill Popp & the Tapes in the late â€˜80s and early â€˜90s. Seskin does most of the bass playing on Popp & the Tapes' first album, Popp This, which singer/songwriter Popp released on his own label, 121st Street Records in 1990. With Popp's band, Seskin played his songs and embraced a very British Invasion-influenced, â€˜60s-minded style of pop-rock along the lines of the Beatles, the Yardbirds and the Zombies--and Seskin's ability to go from playing in Popp's band to forming a soul/funk outfit about half a decade later underscores her versatility.

But while there are major stylistic differences between Bill Popp & the Tapes and Blue Number Nine, the two bands have one thing in common: both of them reflect the creative visions of their leaders. Just as Bill Popp & the Tapes is Popp's baby, Blue Number Nine is very much Seskin's baby--and she has worn many different hats in her band, including lead vocalist, songwriter (she writes or co-writes most of the material), producer, engineer, flutist, keyboardist, alto saxophonist, clarinetist and percussionist. Blue Number Nine's debut album was released on Berger Platters Records in 2000; that CD was followed by 2001's Saving Spot (a live album) and 2003's On a Shoestring, both on Check Other Music. Along the way, Seskin's band has had more than its share of lineup changes; in 2004, Seskin was the only remaining original member, and the East Coast musicians joining her in Blue Number Nine included Marco Accattatis on bass and background vocals, [Luca Tozzi] on guitar, [Jenny Hill] on tenor sax, Nabate Isles on trumpet, Rob Susman on trombone, [Morgan Fite] on percussion and background vocals, Camari Frame on percussion and background vocals, Jack M. Gourdine on drums and Joel Hirsch on percussion and background vocals.