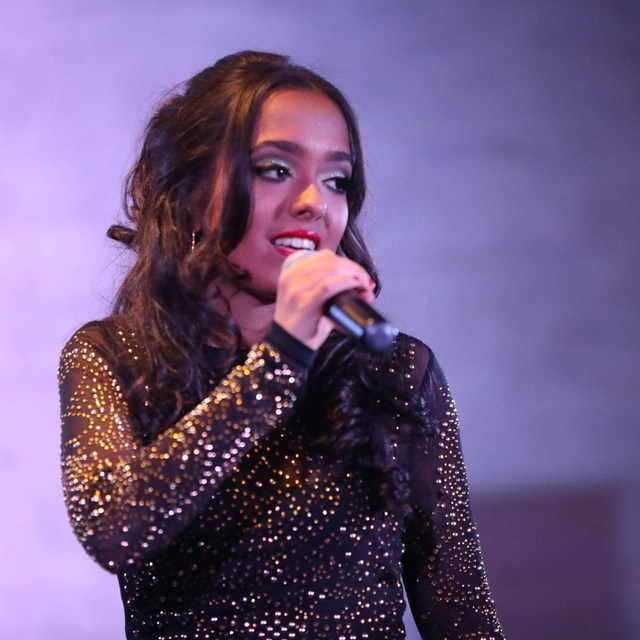 AIRY JEANINE is an entertainer on the rise, about to make an impact the world
of entertainment. The teenaged New Jersey based Pop Singer, Songwriter, and
Actress has a wide spectrum of talents. She is a skilled multi-instrumentalist and
with agile vocals that exude an easygoing ambience. Her performing repertoire is
well defined, as she continues to chart a journey into a bright future that is
unfolding with great expectancy.

The blossoming performersÃ¢?? inclinations began in her formative years,
participating in ballet and acting, and later incorporating music and singing as a
part of her early interests. She is progressively developing and perfecting her
artistry. An evident talent, with adept musical and songwriting abilities, Airy
Jeanine is primed for Pop acclaim, ready to bring her brand to the world, and
establish her place in the upper echelon of todayÃ¢??s popular entertainers.

Aligned with an award winning and all-star team, she is dedicated to create a
body of work that explores various facets of life experiences from her youthful
and keenly perceptive vantage point. Her current single, "Everywhere" is a
veritable follow-up to her previous hit songs, Ã¢??Do YouÃ¢??, and "Mama's Girl".
It features the rising star in an expressively dynamic way to existing and potential
fans and audiences.

LetÃ¢??s rewind a few years. While studio production work continued on assorted
new material for an album, she released an initial single, Ã¢??MamaÃ¢??s GirlÃ¢??.
The song made several noteworthy first time achievements, including securing successful
chart rankings: #1 on IMN (Independent Music Network), National Radio Hits Top
10, and gained an impactful, notable Billboard Indicator Top 30 spot. In addition,
it was the winner of the Akademia Music Award for Best Pop Song in August
2015. The video received the 2015 Video of the Year award from IMN, and
further brought her widespread visibility from tremendous exposure on video
outlets and also in-store play at retail establishments nationwide.

To further connect with and captivate more fans and audiences, she continued to
evolve with fresh influences and inspirations. The emerging starlet delivered a
bonafide follow-up single, "Do You", in early 2016, that reintroduced her in a
more sentimental way. The accompanying video done by the Itchy House Films
camp, effectively captured the essence of the song, complimenting the
expressed emotions she portrayed. The project accelerated her momentum.
The build-up that started was a sign of things to comeÃ¢?Â¦.#1 status, several top 5
and 10 rankings on charts of Independent industry sites such as FMQB, National
Radio Hits, New Music Weekly, and the Independent Music Network.
The song climbed to the #27 spot on the Billboard Top 40 Indicator Chart, and
made an impression for the newcomer on the Mediabase Top 40 at #72.

Concurrently, she ventured into the world of television, as the star of a TV Pilot,
Ã¢??Airy Jeanine and FriendsÃ¢??. The show, which has comedic and dramatic themes,
is geared to the teen and young adult demographic, and aims to attract a multicultural
audience. Written and directed by Mad Matthewz, it is being shopped to
production companies and networks.

The versatile young entertainer is developing a repertory of creative writing, and
completed a ChildrenÃ¢??s book,Ã¢??This Is MeÃ¢??, authored and published in Spring
2016.

At present, her first-love, music, is once again in the spotlight, with the recent
release of the current single Ã¢??EverywhereÃ¢??. The lively, energizing tune has all the
ingredients of an absolute hit. It is gaining exposure from Radio airplay at
numerous Top 40 and Rhythmic formatted radio stations. In addition, thereÃ¢??s
growing streaming airplay of nearly 200K on Spotify playlists, and in-store airplay
at thousands of retail outlets nationwide, it is poised to be the breakout hit for Airy
Jeanine. As with her previous songs, several domestic and International remixes
were done at the launch of the project, first by My Digital db/Wave Dos, and the
overseas touch from Malta based DJ Toby. The Billboard charting producers,
Klubjumpers, delivered a more recent domestic remix.

DJÃ¢??s, Clubs, and related venues are supporting various remixes of the songs,
serviced from our associations that include Promo Only, and Digital Music Pool.
An Akademia Music Award for Best Pop EP, and Best Pop Video Ã¢?? (September
2017), was added to the accolades presented to Airy Jeanine. The referenced
original music video, another Itchy House Films project, is now supplemented
with an animated lyric video produced by Paris Richard Hall, Jr. That concept
was added to widen her consumer appeal. Both videos have had exclusive
premieres on top entertainment news sites, and continue to be aired on dozens
of video channels around the country.

With increasing popularity, she has garnered a #4 Rank on the
REVERBNATION Platform with 69.4K Song Plays; 1.3M Video Plays; and
421.5K Fans. Let the record show, she is connecting with people, by varied
means, as necessary.

In a desire to make a positive impact through giving back, she is doing her part to
support various causes, including the fight to find a cure for cancer. She was the
top fundraiser, and performer at two high profile events organized and promoted
by Soundaffects, an innovative organization that helps to raise awareness
and funding using music and people as a vehicle.

With full support from her close-knit family, the driving forces behind her diverse
pursuits, itÃ¢??s a seemingly natural inclination to share her artistic gifts meaningfully
to an appreciative global public. Airy Jeanine is on the verge to spring forth from
an auspicious beginning. She is ready to soar!

(All appearances dates and locations TBA)

The NAMM Show is the definitive platform for the music, sound and event technology communities to unite, featuring more than 7,000 brands, cutting-edge industry education, as well as exclusive special events, concerts and experiences.

Hosted by the Hilarious
Spencer Thurmond

With special guest performance by:
Cynthia Tucker - Mia Cox and The Schwam