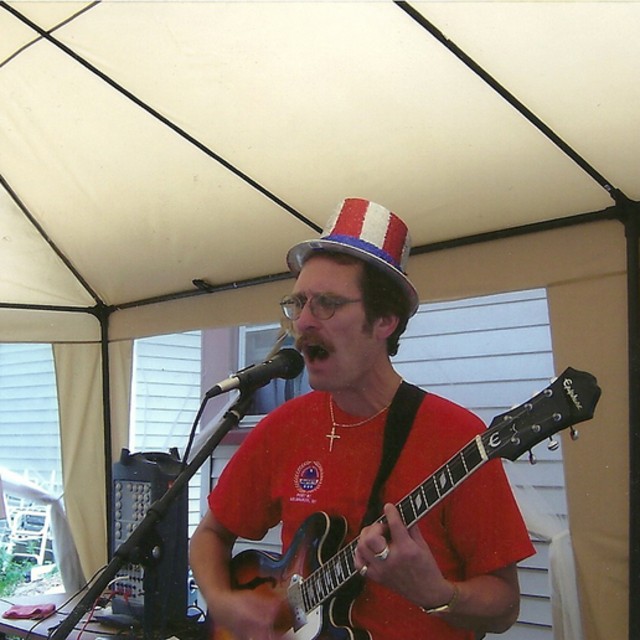 Just a mid level Guitar player looking to practice jam with other musicians. Would enjoy trying out for a band that plays on weekends. I am a 12 string guitar player at heart. Just love the full lush sound of the instrument. That being said I have a wide variety of guitars and enjoy all good music. I like to sing although my range is limited. I can stay in tune. I tend to play chords all over the neck especially if I am not singing. Like to embellish on standard chords and never play the same voicing as a second guitarist would play. I have a living room that is a music room .Guitars amps TC helicon voice live 2 and a pair of wireless mics. Also a 8 track digital recorder. However its a old Tascam can only record two tracks at time. I actually now have two of these recorders. During the Pandemic I focused on writing and recording my own songs. I have a catalog of about 25 originals. Just Guitars usually 3 tracks. sometimes basic bass and my vocals however no drums. I just enjoy playing guitar and singing or playing Guitar and listening to a good singer sing. All the recordings on my profile are over ten years old. I haven't been on Bandmix in a long time.

Beatles by far my biggest influence also love the Stones ,CCR , The Who all that 60's & 70's era stuff. I like the rocking 50's stuff also like Buddy Holly, Chuck Berry along with Simon & Garfunkle. and The Monkees , Rod Stewart for lighter style. Also like the new era of country music and some of the older stuff. Anything EXCEPT Heavy Metal or RAP is allright with me. .I have written songs myself and will try to play almost anything.I play my own style dont really try to copy anybody..I tend to not play exact copys of songs as I like to give them a bit of my own style. I tend to embellish chords or play the notes out of a chord as opposed to just strumming.

I am a guitar collector I have both acoustic and electrics in both 6 and 12 string setups.
Gretsch White Falcon,
Epiphone Casino Sunburst
Rickenbacher 330 Walnut
Rickenbacher 360/12 Sunburst