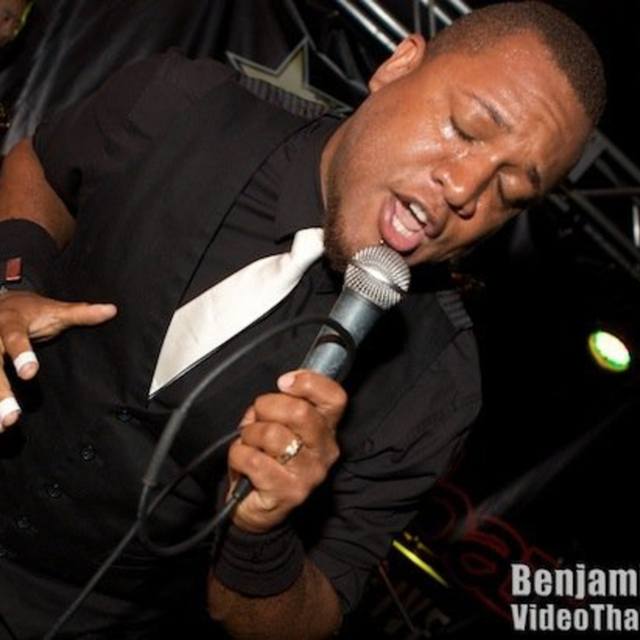 Alan is one of the original members of Grammy award winning band No Doubt (first as trumpet player then as co-singer alongside Gwen). Also, former co-singer/frontman of popular heavy hitting rock, reggae and hip hop band Freakdaddy. Alan is currently the lead singer of 3rd wave Ska super-group Starpool which consists mostly of former members of 90’s pop, ska, swing band, Save Ferris. He has shared the stage with bands and artists such as, Fishbone, Save Ferris, Everlast, Dave Wakeling of English Beat, Red Hot Chili Peppers, The Untouchables, The Urge, Pato Banton, Steel Pulse, Lit and many more. Alan’s vocal style can be described as soulful rock. He hopes to one day follow in the footsteps of some of his favorite musical influences such as No Doubt,
X Ambassadors, Bastille, Incubus, Red Hot Chili Peppers, The Killers, Prince, MJ, Jack Garret, Toby Mac, Need to Breathe and the list goes on!
With over 30 years of experience in front of large crowds, an energetic stage presence and a story to tell, Alan is an available, seasoned performer ready to work!
Alan has his self-written music created on GarageBand that he would like to hear played by live instrumentation. Although Alan's roots are set in Ska and Reggae, his vocal abilities are very diverse and he is looking to join a band with like minded motivated and dedicated musicians or create a band with an original and diverse sound. He has a ton of music available to share for the listening, just ask!

Mics
Garage set up with sound system, mapex drum set, mics and PA ready for rehearsals if needed. I make my living as a wedding dj /emcee so I have a pioneer ddjsx2 system and a bunch of other gear. apmeade07@gmail.com .....alan paul meade soundcloud