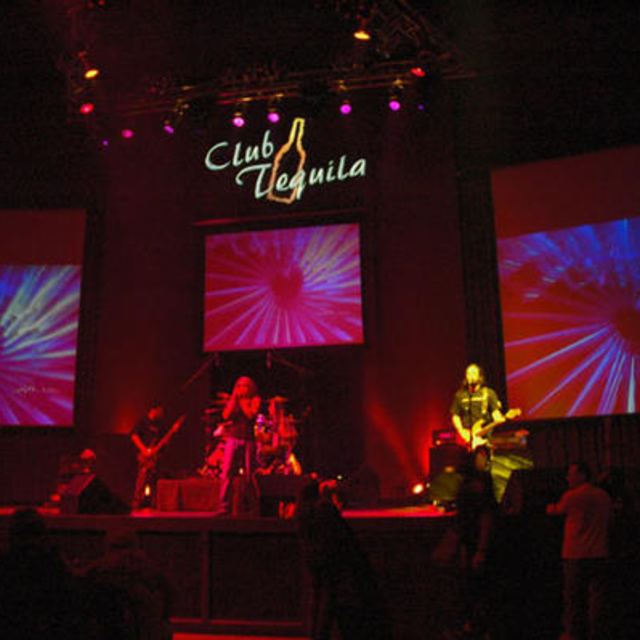 This is where it all seemed to start. Ken Bailey and Jeff Sargeant were looking to form an original project. Finding members to complete their new band seemed like it would never happen. The auditions were like American Idol on acid and worse. Ken kept saying. Where did all the great musicians in LA go ? One day Jeff had a great idea, He suggested they put together an Alice in Chains tribute band. It seemed perfect because it was more likely they would find the right guys to play with, and the interest would be their from potential experienced players. Seemed that all the real musicians were playing tribute now anyway. Jeff and Ken figured if they could find guys to do this project it would spin off perfectly into an original project.

After a long search Jeff and Ken found a couple friends to start the ball rolling. The project was called Dirt. It was a very good rendition of Alice in Chains but it turned out that Ken Bailey had to sing all of the lead vocal parts and play Jerry Cantrell's guitar parts. This was easier said than done, but it worked. Ken Bailey wanted the band to be true to the original Alice in Chains so the search was still on to find a Layne Staley look-alike/sound-alike.

In the coming months Ken received an email from Bobby Holder. He simply asked if Ken knew someone that could play like Jerry Cantrell. Ken replied yes, why? Bobby returned the message with a brief decryption of his project SAP. About a month went by and Tien Devine's brother Drew, (a professional Photographer) started to email Ken Bailey in hopes of getting him to come and jam with SAP. The problem was, SAP was loosing their bass player at the same time. This posed another problem, or maybe not. Ken went for a visit to meet Bobby and Tien. Ken shows up with a les Paul and a small practice amp. After a little bit of discussion about what is going on, Ken cranks up his little amp and proceeds to sing and play with Tien in the living room. Right off the top Ken said it just felt like the right chemistry with Tien. Ken makes the suggestion that if they were loosing their bass player that he would ask Jeff if he wanted to join the project as well. They said sure why not.

The rest is history. It was a win win situation for everyone involved. You now have the best of two top notch Alice in Chains tribute projects (Dirt and SAP), the birth of Alice Unchained. Alice Unchained is a true rendition of Alice in Chains. They are now playing Las Vegas Casinos, San Diego, Phoenix AZ, Los Angeles, The OC, Riverside and many other areas. Their goal is to take the project to the Alice in Chains homeland. Northern California. Jerry Cantrell talked with Ken Bailey about possible shows that Jerry could attend in the near future.

Screen name:
aliceunchained
Member since:
May 01 2006
Active over 1 month ago
Level of commitment:
Committed
Years together:
5
Age:
years

He claims that he has the biggest stick in the band as well ?

and a huge sword