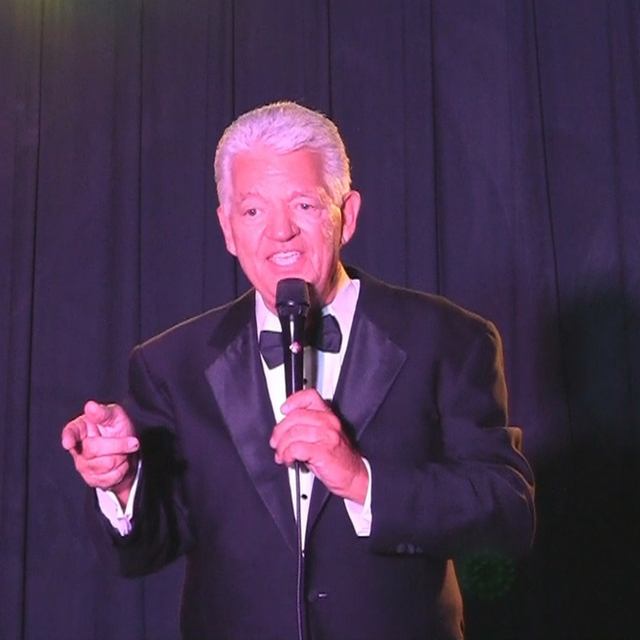 Allan's voice is uniquely dynamic,and an extremely versatile high baritone, with nearly a four octave range, although more practically, three and a half. A master of the audience capturing dynamic "attack and release" vocal technique, his best octave is from Middle D-flat to D-flat, smooth at the bottom, and brilliant at the top. His lowest effective note is a low D, and his highest full-voiced note is a high G. This exceptional range allows a very broad range of vocal achievement from a higher"young" sound for rock and roll, to lower registers for Pop, Big Band, and Country Genre with seamless transitions.

Allan's vocal range and style allows the rare ability to reproduce the sounds of most classic male baritone Rock and Roll,and Contemporary Pop and Country recording artists, with amazing clarity and transparency.

Rare interpretive ability and emotional phrasing, together with unique vocal clarity, make him an ideal demo recording artist. His ability to produce a wide range of vocal interpretations of new material has been widely recognized and utilized by major music producers.

On the live performance side, Allan is a true a Front Man, both in material and performing style, with the unusual and rare ability to perform a broad array of music genres. He is equally comfortable and effective in performing "behind the band" in the Big Band Genre, as he is performing as out front as featured vocalist, literally dancing in, and with audiences, during his performances.

Collected over decades of performing, Allan's has a wide variety of show and genre appropriate wardrobe,from torn jeans and T shirts, to professional high end costumes, stagewear and accessories.

Allan began his career as lead vocalist at the age of 16, with "The Dave Nelson Five" and performed at hundreds of teen dances and sock hops, throughout the Chicagoland and the Midwest with leading 50's, 60's & 70's musical groups and hosted by leading Chicagoland radio personalities such as Clark Weber and Dick Biondi.

At the ripe young age of 17, Allan completed a 90 day international tour of major venues in Mexico, with the Dave Nelson Five, where he learned and performed many classic latin tunes, which he still performs today.

Following this successful tour, Allan was signed to Wing Records (Mercury subsidiary label) for the release of four sides. The release of his first single "Foolish Dreamer" was followed by "Beatnick Baby" which received rave reviews and air play, but failed to hit the million mark!

Allan continues to perform a wide range of musical genres and styles,in a wide variety of venues. His bookings for one man private shows and as a jobber and featured lead front man for multigenre bands and musicians for trade shows/festivals, corporate and private functions and cruise ship bookings, supplement his continued career as demo and rehearsal recording artist for a Nashville, Tn. based major music publisher/songwriter demo production facilities..

Allan's personal philosophy is that versatility and flexibility are the keys to his continued success. Unlike many featured vocalists who think that producers and musicians are there to back them, or are a stepping stone to make them a star, Allan has the more mature attitude that he is a member of the production team to produce a saleable product to entertainment audiences. Not one to limit his involvement to standing behind a microphone, Allan works with and for, the producer and musicians, doing whatever it takes, and for as long as it takes,to get the sound right.

It is this attitude, versatility and maturity, together with his exceptional vocal sound and style, that has contributed to his successful lifetime career in the business of music. Music is his business, his only business. Allan is truly a singer for all seasons, which has earned him a respected nick name and trademark in the professional music business. Allan Wayne, "Songman".