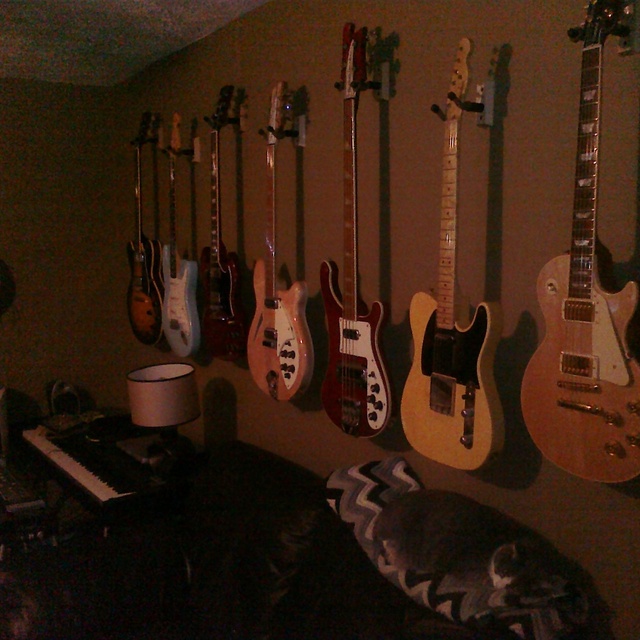 Originally from LA, spent a couple years in Austin, now living in Maryland. I'm a seasoned professional with years of studio and touring experience. Looking to hook up with some like minded collaborators on original music. Beyond handling any rhythm and lead guitar needs, I specialize in adding that unique flavor to a song; be it a simple phrase or a musical motif, leveraging my expansive collection of specialty guitars. Basically adding that unique part that transforms a song from the mundane to the flavorful. My philosophy, playing in the groove and incorporating dynamics are the differences between hacks and pros. Prefer originals to covers, but I'm realistic. Also trained and experienced as a studio engineer, have both permanent, and remote recording studios, and a mic closet that most engineers would trade their first born for.
blipson at Ya who

Everything and anything I've ever heard.