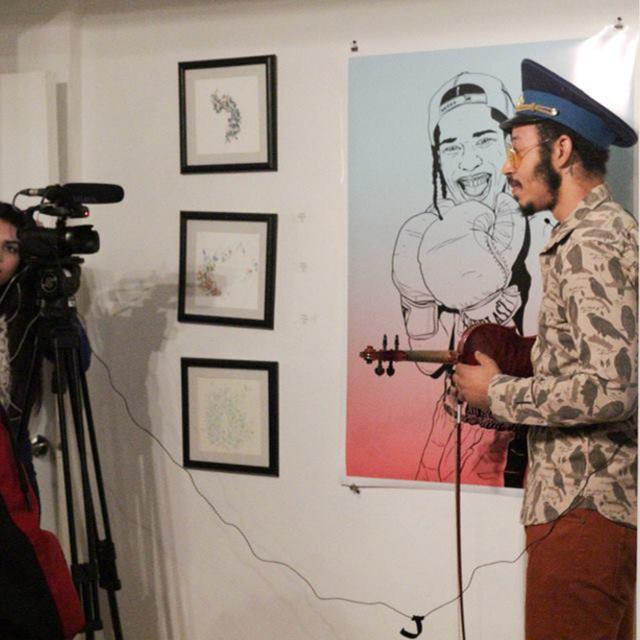 Along Came Life (ACL) is a multi talented singer, songwriter and violinist with distinction. He has been referred to as “The Jimi Hendrix of the violin” by his adoring fans reflecting his skills for writing music, as well as performing it both vocally and instrumentally, truly making him a force to be reckoned with.

Along Came Life was raised in a run down area in a section of Queens, New York. His talents were apparent from an early age when he became one of the youngest students to be accepted to the illustrious, Juilliard School of Music. For this young man, the violin was more than just an instrument; it became part of him and he was determined to take his passion for playing the strings and composing music to another level, beyond what he could learn in any classroom.

In 2008 the duo (known as Nuttin But Stringz) auditioned for America’s Got Talent and were a huge hit with the public, reaching third place in the competition. Nuttin But Stringz received extensive accolade from the press and the exposure that the show provided, brought them worldwide fame creating a fast demand for them to bring their unique music across the Globe. The duo performed for President Barack Obama’s Inaugural Ball in 2009 and for the Dubai royal family as well as numerous national and international performances taking them as far as South Africa and Sri Lanka. They featured on The Ellen DeGeneres Show, Dancing with The Stars, The Tonight Show with Jay Leno, The Today Show and Nick Jr. showing off their amazing talents as musicians and even starred in an advert for McDonald’s as themselves.

In 2011 the duo separated to work on solo projects. Tourie Escobar, known as Along Came Life or ACL, began working on his own album reflecting his skills not only as a musician but as an accomplished singer-songwriter and producer. His experiences from Juilliard to performing for the President and the whirlwind that his life has been so far have contributed to an eclectic, new-age, dynamic album that the world is finally ready for. The end of 2012 sees the completion of ACL’s debut album; “Thought’s from my Head” marking the beginning of a new journey for Tourie Escobar and his alter ego, Along Came Life.