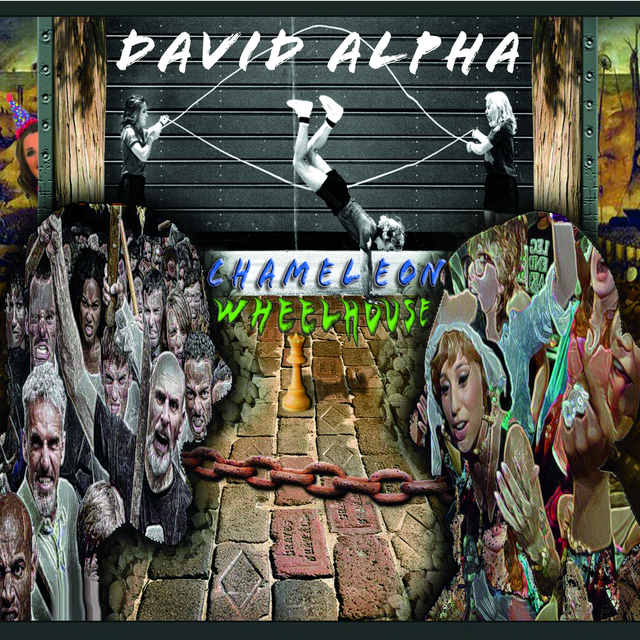 ORIGINAL ROCK SINGER/SONGWRITER WITH LOADS OF NATIONAL AND SOME INTERNATIONAL MEDIA ATTENTION (SOME HIGHLIGHTS BELOW) NEEDS A BAND NOW FOR STUDIO AND LIVE. STUDIO-ONLY IS OK FOR STARTERS, BUT PREFER PLAYERS WHO ALSO WANT TO PERFORM -- NOT UNDER MY SOLO NAME; I'M LOOKING FOR A BAND.

"Alpha totally embodies that lost, vagrant soul that the genre pushed so hard [in the late '80s] and it’s great to hear it down with an authentic heart once again. ... anybody that likes actual rock music with guitars will find a wealth to love here. ... This music does what it wants and takes no prisoners, and nothing finer can be said of a rock n’ roll artist."

"With ... a set of vocal chords slathered in grease, Alpha leaves a very unique and individual imprint on his music. ... David’s solo work contains the bite of his past projects but with nothing getting in his way to deliver the goods. ... out flogs Flogging Molly and sends Social Distortion back to class with its attitude. ... There’s a total outsider perspective to the lyrics with themes of living on the street, self-abuse and screw the world shining through but the poetic turns to the madness incite fist pumps instead of frowns. ... As a one-man gang he’s unstoppable."

"A sense of true passion burns through these tracks as David Alpha’s fiery vocal delivery takes front and center stage. Piercing lyricism helps to tie the whole of the collection together, featuring just the right level of wordplay, storytelling, and humor. ... On 'Rockin’ Roulette' David Alpha crafts a unique style, one that feels so contemporary while drawing liberally from rock and roll’s glorious past."

"David Alpha is a man of many faces; from sojourning blues/punk man, to underground rock n’ roller . ... Everything you hear on this EP is an authentic repetition of music and life as it’s meant to be heard. The lyrics talk tough. The music doesn’t relent and you know it’s crossed that path. David Alpha is truly like a lost, yet not forgotten, enigma; he comes and goes as he pleases but he is still in it for the power of the music."

"... a fireball of vitriol, hard drinkin’ nights and tight songwriting that not only get the job done but set the workplace on fire in the process. ... It’s a lifer’s sentiment on being resented and it hits the mark for those of us who’ve walked that fine line between do-gooder and degenerate. ... David Alpha’s solo work is cooking and burning, kind of like the material laid-down by PW Long outside of Mule. It goes down to the barest bone of his influences while marrying modern aggression to classic melody that catches like a virus and gets stuck in your head like a tumor you don’t want removed.

I've written/recorded/released with EAST BAY RAY from DEAD kENNEDYS. I've been played on Little Steven's Underground Garage on XM. I've been praised in the press by IGGY POP. I've gotten a personal hello on from MORRISSEY. I've got a pair of videos in six digits.

For live, I'm interested in mixing original songs with SMART covers -- none of the dime-a-dozen bullsh*t, no f**king trop rock crap, but the real stuff conventional bands won't touch. Mark Lanegan ... Queens of the Stone Age ... Iggy Pop ... Doors other than Roadhouse ... Dead Kennedys ... Gutter Twins, etc. Anything that rocks, exhibits talent and brains, and hasn't been beaten to death by the gutless dolts who dominate this market. I'm looking for players with brains and talent who are unafraid of being a cut above the rest!

About what you hear/see on here:

The final mix and cover images of "More Blue Than You" (track 1). If you think you have it pegged by its title, you're in for a surprise. Not a blues song, and not a typical song by any stretch. Second song, "Perverted Kind 2.0," is a rough home demo, yet I've released it on internet radio as-is and gotten plenty of likes on it.

Tracks 3-9 are samples from my latest album, Sacrilege 2.0, at 57 weeks of Popscores and counting on Jango Radio. Photo is the cover of a single for the title song from the album, a song written by me and East Bay Ray from Dead Kennedys, who produced the track and plays guitar on it.

Come on, people -- I know you're out there! It's time to pull our heads out of our asses and DO SOMETHING!