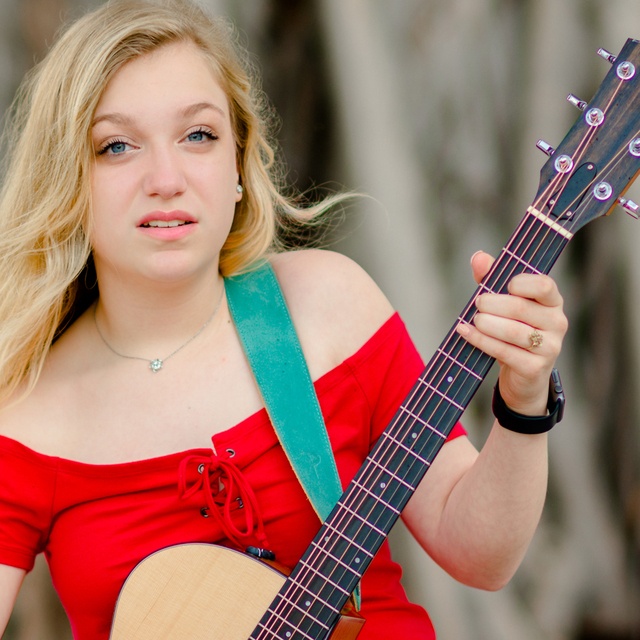 “I sank and almost drowned, but You Saved Me.”
Florida based 14 year old country pop singer songwriter and musician wrote and performed her first original song playing the ukulele at the age of 12 for a talent competition she was in. Since then she has written many of her own original songs and has recorded 5 of them so far. Three of her original songs are already being played in over 156 countries all over the world. Two more will soon be released.
At 2 years old, she knew all the songs from the Wizard of Oz and would listen to them and sing them in the car. She remembers family members being amazed that she knew all of the words to the songs and was singing them on key.
At 6 years old, Alyssa started taking voice and piano lessons. She was a quiet and shy girl and still is but because of playing music and performing, she is very comfortable with herself and has amazing inner self confidence and poise.
She knew at a young age she wanted to be a musician. She loves all genres of music but really became influenced by Danielle Bradbery when watching her on the voice. In addition to Danielle Bradbery, Alyssa has been influenced by Justin Bieber, Ed Sheeran, Taylor Swift, Sarah Evans and many more singers and musicians. Alyssa continues to take different types of vocal lessons and music lessons. She sings and plays classical, opera, folk, country and pop music. She attends a performing arts school for middle school as a vocal major and sings in chorus, chorale and girls ensemble.
Music has definitely helped her in all aspects of her life and is her life. She memorizes things easily and has a photographic memory. She sight reads music and writes her own music. She can’t stop thinking about and listening to all varieties of music. She really enjoys finding out the meanings of songs and why they were written. This encourages her to write her own songs with special meanings.
Alyssa enjoys performing at various venues, events and competitions throughout the state of Florida. She’s performed at BB Kings, Delandapalooza, Bank and Blues club at Daytonapalooza, Deland Original Music Festival, Miami Marlin Stadium, Roger Dean Stadium, Florida Atlantic University, Wellington Winterfest, Royal Palm Winterfest, Boots and Bourbon Country Festival, Deerfield Beach Country Music Festival, Various Fall Festivals, Charity events, private parties, restaurants and coffee shops. She even had the honor to sing at Chicago Symphony Hall this past Spring. Alyssa has recently been a Josie Music Award Nominee as Young Vocalist of the Year, Young Adult Artist of the Year, and Original Song of the Year (“One Way Ticket”). Alyssa also recently performed in the VIP lounge at Coral Sky Amphitheater for the Lady Antebellum, Darius Rucker and Russell Dickerson Summer Plays On Tour. She will be performing at Carnegie Hall in June 2019.
Her motto is: “If you can’t stop thinking about it, don’t stop working for it”. She is working towards her dreams every day. Don’t let anyone stop you. Only you can make your dreams a reality by working and not accepting “no” for an answer. Focus on your dreams and don’t worry about what others are doing. Learn from others but don’t compare yourself to others. Be supportive of others and they will support you. Stay away from negativity.
When not working with music, Alyssa enjoys photography, playing volleyball and getting together with her friends.
Alyssa has been in the recording studio and will be releasing her first EP soon. She is so excited and can’t wait to share it with everyone.