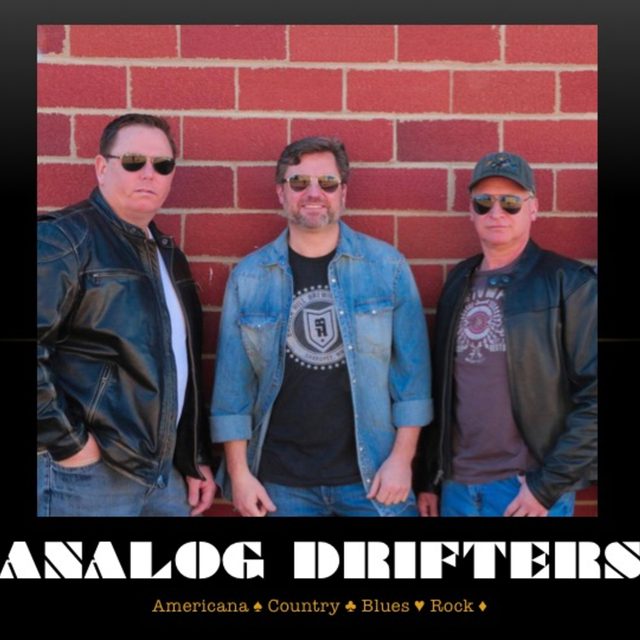 Born and raised in middle class America listening to some of the greatest music from Country, Blues, Pop and Rock, the Analog Drifters each caught the bug for music at a very early age. Fate has brought them together from all corners of the United States to deliver their own flavor to the melting pot of the Minneapolis music scene. The Analog Drifters write and perform a wide range of music from foot stomping country to booty shakin blues to fist pumping rock. As their Gospel Song states they are on a mission to perform songs that touch the common man and make the white girls dance.

All the greats and some lesser known writers and players. We write music that covers a wide range of Rock, Blues, Country and Americana.

We are also influenced by good whiskey and food.

We are all professional gentlemen and Rock N Roll kids at heart. It should be noted we laugh as much as we play. So, keep that in mind if you are looking for a band with good humor in practice, on stage and in the music.

Enough equipment to gig as acoustic or full electric band.

We each also come equipped with bottle openers.