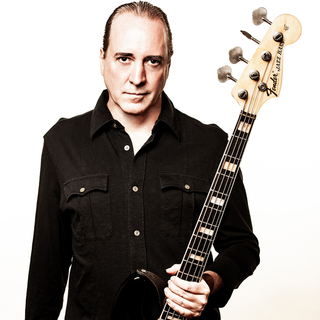 BIO:
Andy Scher has been playing Bass professionally for over 40 years, recording and playing live at the most prestigious venues in America!
In 1987, Opening for Poison at the now defunct Gazarrii's on the Sunset Strip, Andy realized that performing on stage was what he wanted to do...
Various bands and a few years later he formed the award winning(Best Metal Band/Album 2003 & 2004) band, XPELD, who went on to sell over 15,000 copies of their album "Just Don't Stop Me" worldwide.
After the tragic death of XPELD's singer on stage in 2007, Andy formed the International Touring Tribute Band.."NEARVANA-The Nirvana Experience" recreating the incredible intensity of a live Nirvana show which continues today!
In late 2014, Andy and Vance Mizzi formed - The Mothers of Pearl - A Blues based original band, based on the Stones meets The Allman Brothers. They recruited music veterans Doni Gray and Stephen Leblanc to round out the group and played several charity functions that include: The USO, Habitat for Humanity, Teen Cancer America, and High School Music Departments.
Andy is also playing in a national touring Social Distortion Tribute band currently.