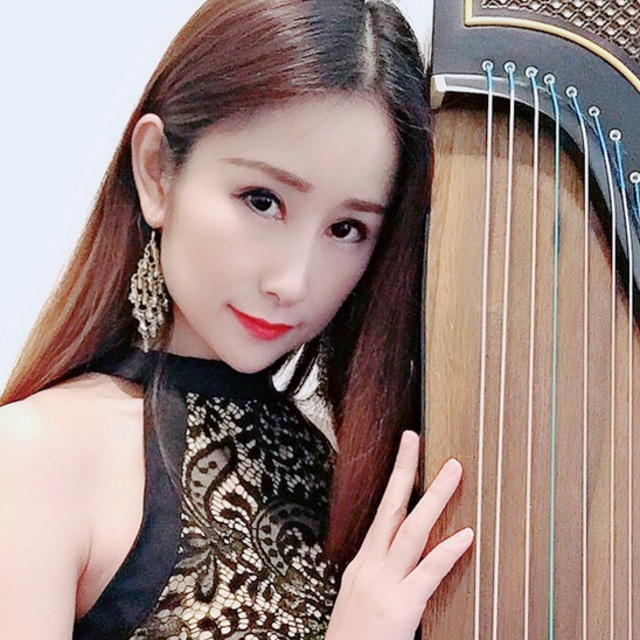 Angie Liu has performed as a guzhengist in New York,and as a freelance musician. The Guzheng is over 2000 years old and belongs to the Asian long zither family. It was used in both folk and court music in ancient China.Guzheng is a beloved traditional Chinese instrument whose music reflects the elegance, Angie and spirit of the Chinese people and their aesthetic opinion of nature.
Angie has been a professional musician since age 9 and has played with classical ensembles all over China.She earned her Artist Diploma and Master of Music from Hubei University.She began her career in her native country of China, and after years of freelance work she moved to New York City as a musician.
Angie enjoys performing as a classical , she has been fortunate to perform as an Classical string musician and contemporary artist.Angie’s experience has led her to performances at Carnegie Hall.She is a prize winner of the New York Golden Peony Art Festival International Music Competition and a founding member of the New York guzheng music center,which is an Ansian music society.She is the founder of Sound of China Guzheng Music Center.
The guzheng is a type of zither, a stringed instrument with a movable bridge that allows the player to pluck out notes with one hand and bend the strings with the other, creating vibrato and other effects. It's widely used in traditional and classical Chinese music but rarely heard in Western music.
She believes that the instrument has a lot of potential outside of its classical settings.

Though Angie has been successful in her music career, she is actually most proud of establishing her own studio, the Hanyun music Center in Queens, New York. Since its opening , Angie has provided opportunities to inspire change in individuals and the community through education in Chinese Culture and Music. She has performed at many local fundraising events in the community.

Angie is a passionate teacher and advocate for arts education. She is a Teaching Artist with the New York Guzheng Society organization, in addition to maintaining a private guzheng studio. Her students range from pre-school age through adulthood, of varying levels and musical backgrounds.Angie believes that music lessons should be tailored to the individual student, and can help foster discipline, focus, creativity, and an appreciation for the arts.