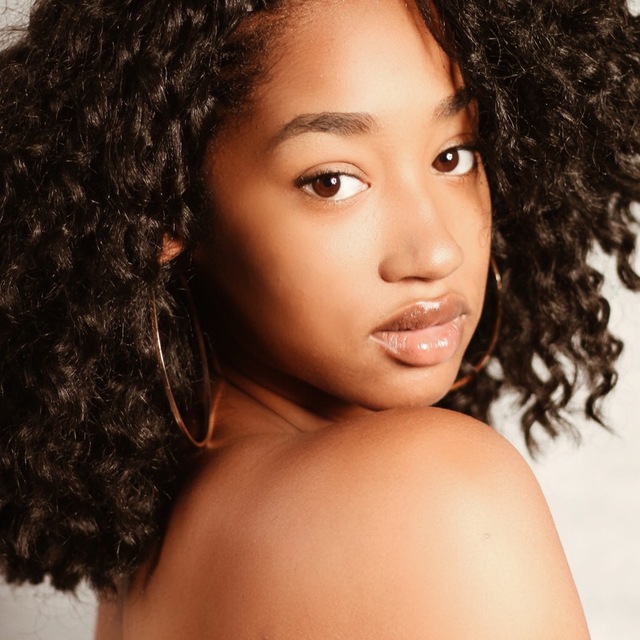 Upcoming and Independent R&B artist Anjaleia McDonald has come a long way from home to pursue her destined music career. Born in Fort Bragg, North Carolina, on December 27 1993; after continuously auditioning for modeling roles as a child, she consistently vocal trained & studied the essence of all generes of music. This inspired her passion for songwriting, vocal arranging, and producing. With the knowledge and connections her mother put together, she was able to experience sharing the stage with some very notable artists; such as, Rasheeda from Love & Hip Hop, D4L, and even Three6Mafia in the year 2006. In the same year she appeared in an independent film entitled, “Life After Love.” Over time spent listening and analyzing the sounds of Soul, R&B, 90’s music, Rock, Country, Reggae, Hip-Hop, and Rap, Anjaleia felt influenced with her creative process as early as age 7.

After a large gap of self motivated artist development, Anjaleia graduated and decided to move across the country alone during late September in 2013, being one of the most stressful choices for this family oriented young woman. She decided to take up school to earn a degree in Vocal Performance in Hollywood, California. Day in and day out she is determined to learn and grow in this industry, leaving her stamp along the way. Thankfully, March of 2014 she was blessed to be given the opportnity to grow with and be apart of LA's most talented production team "Track Martians Music Group" at Top Notch Recordings LA. She continues to prove herself daily, as in this industry, opportunities wait for no one.

So far, Anjaleia has experienced great success. She released her debut single, “Ain’t Got Time” with Track Martians on June 10, 2014 which charted #8 on the Itunes Independent R&B charts. In October 2014 she released the audio to her second single "I Got It" featuring one of LA's top upcoming Hip Hop Artist Lex Lu. The Official Audiovisual for her strong follow up "Boomerang" featuring Disney/Nickalodeon actor Jamason Coles and the CEO of Track Martians Music Group himself EJ Jones released May 9th 2015, today having earned a shocking 17,500 views and a Distribution Deal for the Track Martians Production Label through Ingrooves/Universal/E1. Determined to reach new heights, Anjaleia remains hungry and works hard to showcase her steady growing talent. With her incredibly gifted voice, unrivaled passion for music, and never say die attitude, this young songstress continues to work through the everyday adversities for her family and fans towards legit respect and success within the entertainment industry.