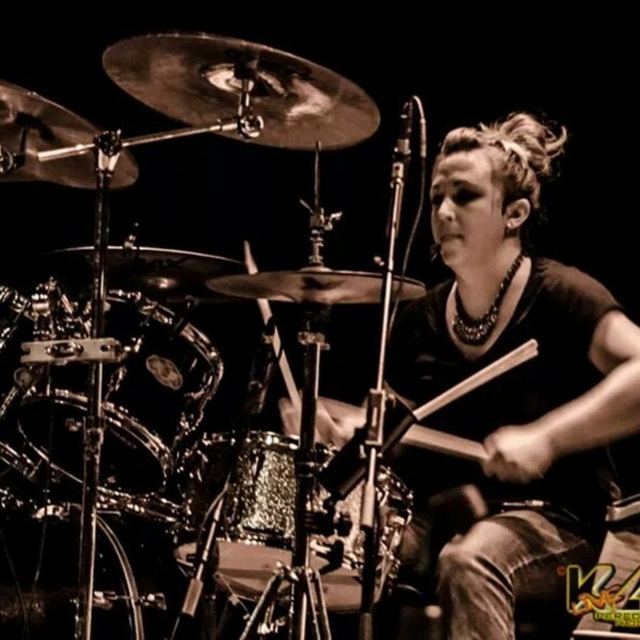 Hi my name is April. I have been playing drums for over 20 years now. I can play most types of music ranging from alternative rock to heavy rock. I have played some country music as well as punk and I have also written and recorded original music. I have played a 100 plus shows over the years and I am not afraid to play out....and have been blessed to share the stage with many national acts. I love playing all types of music....anything from Zepplin, AC/DC to STP, Foo Fighters to music with a heavier edge such as Disturbed, System of a Down etc. I am looking for a band that plays rock/pop (doesn't matter what you play as long as it rocks whether it be covers and/or originals) and wants to plays bars as well as some of the bigger main venues. I am currently looking to see what projects are out there. I am drama free, can play double bass, have pro gear, have a practice space and a full PA system. I can also sing some backup vocals if needed. I am loyal to a fault some times. I was in a project that last for 6 years called 10blade. We were signed in 2011 and we put out an album called Torn Between. My most recent project was called Far From Zero,

Feel free to check me out at .10blademusic
or at /10BladeMusic

Here are some be videos:

Everything. I grew up playing 311, incubus, foo fighters, sublime, AC/DC, Zepplin.. anything that was 90's music. I also enjoy the heavy music like Godsmack, System of a Down, Drowning Pool, Tool but I also like taking pop music and remaking it to be a rock song. I really just enjoy playing music with good people. No drama please.

I have pro gear. I am currently playing a 5 piece Ludwig with a pearl rack and 6 cymbals. I have a pearl eliminator double bass. I have a Mackie mixer and PA equipment. I have everything I need to mic up my whole kit. I also have a sound machine and and recording equipment.