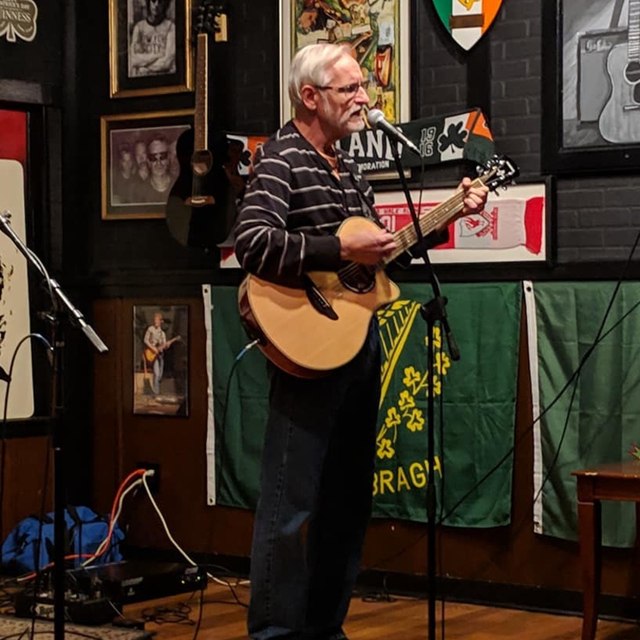 Played acoustic guitar for about 4 years in my 20’s, and didn’t pick it up again until my daughter wanted to learn to play guitar about Nov 2013. Since that time I have really become “addicted” to playing and singing, mainly because there are so many songs that can be learned from lessons found on websites. Since playing again in my older age, I have almost exclusively played alone and I am looking for someone to duet with, or even to play with in a small band. For the last 4 years or so I have played at bar “open mic nights”, one or two times a month and for the last 2 1/2 years almost every week. I would like to do that with a partner or band if possible at some point. I really enjoy singing and playing, and started a “video website” (you know the site, not allowed to use the name) channel about 5 years ago (named “apmatify” that has 43 songs), recorded with only my iPhone. I did make one song on GarageBand that allowed to to have 4 tracks recorded. Although totally influenced by sort of acoustic oriented, pop songs from the mid to late 60’s and all 70’s and early 80’s, I enjoy a variety of music and would like to be involved in learning and playing this variety of tunes with the partner and/or band.