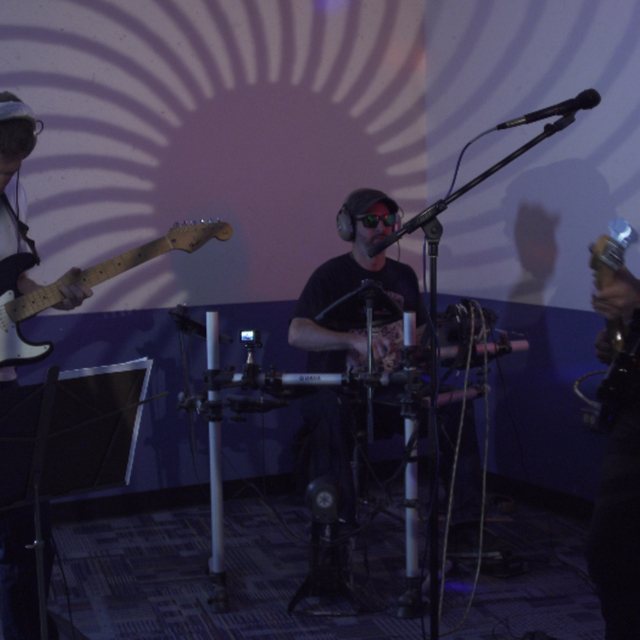 Hi! We are Architects of Beauty, a local Chicago based band that is just starting to play gigs and hope to increase our visibility. We play styles like space rock, electronica, psychedelic, punk, new wave, goth, jazz and industrial.

Francois Nau on Vocals and Guitar, Jake Fish on Vocals and Keyboards and Clay Condon on drums and percussion
contact us at thearchitectsofbeauty at dot com

We are currently practicing through a unit called Jam Hub which lets all members have their own headphone mix of all the instruments, individually. But we have amps and stuff.