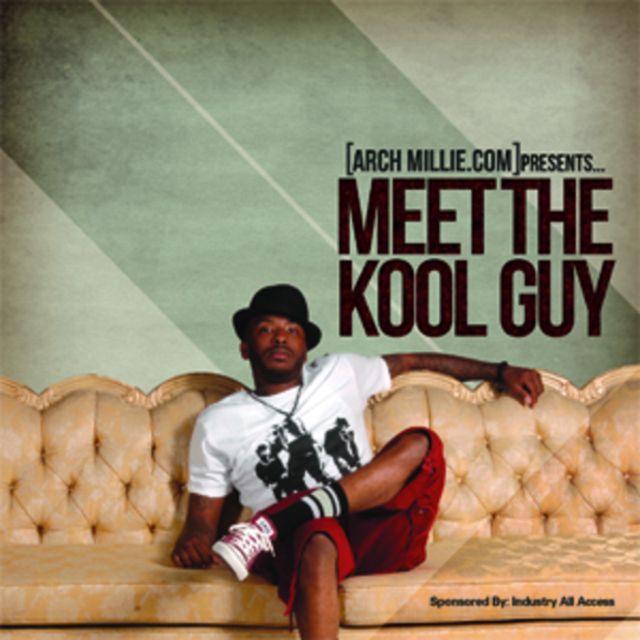 ://.archmillie ://./archmillie ArchMillie
The game's been missing a revolutionary blue print necessitated to carry the third generation of hip-hop. As a culture we have undoubtedly seen the transformations music has undergone. With album sales as squat, as there is talent, hip-hop has seen much better days. With a handful of talented artists, it is quite overt, hip-hop isn't dead, however with so many entertainers clearly, hip-hop is swimming in a pool of verbal poison. Arch Millie of North Philadelphia has taken great strides in achieving a style so pronounced the best linguist couldn't imitate.
Sponsored by Industry All Access, Arch Millie has officially been deemed The Talk of the City from New York to Miami. Arch Millie has an arsenal music catalog equipped to conquer today's cannon sales.
As a Black male growing up in The Bad Landz of North Philly managing the streets was a normal occupation for Arch Millie. Despite his charming ties to the streets, in 2001, with music always being a primary passion, Arch Millie set out to embark on a mission, to chase paper on an alternative route, and deliver good music. Inspired by the pioneers of the Hip-Hop trade, his natural affinity for music, family, and God,making the transition from the streets to the studio, was a decisive choice that required minimal discipline and extreme faith.
Overcoming scores of taxing circumstances, Arch Millie has defied much of the odds, placed before him, enabling him to be where he is today- Next Up in hip-hop's arena preparing to defeat sound scan numbers and Billboards top charters.
With a slew of performances under his belt, Arch Millie has headlined with T.I., Rich Boy, and Ludacris. Arch Millie highly acclaimed debut album "Talk of the City" received massive success and featured the hit singles "Swag Juice Drippin" and "Bout My Paper."
His first single "Raised In The City" from his highly anticipated second album "Loyalty Is Vintage" is taking the viral hip hop world by storm. "Loyalty Is Vintage" is a 8 song EP that centers around the themes of loyalty and betrayal. On this album, Arch Millie talks about the complex issues that he faces when dealing with family, friends, relationships, business, loyalty, and dishonor.
To some, Hip-Hop is merely a genre of music, to others it's purely an immense finance tool, but to many Hip-Hop is an influential culture, which has influenced everything from dress code, lifestyle, to language. Arch's mission behind the tune, is to deliver good music, and procreate a generational love that will travel beyond color and regional lines.