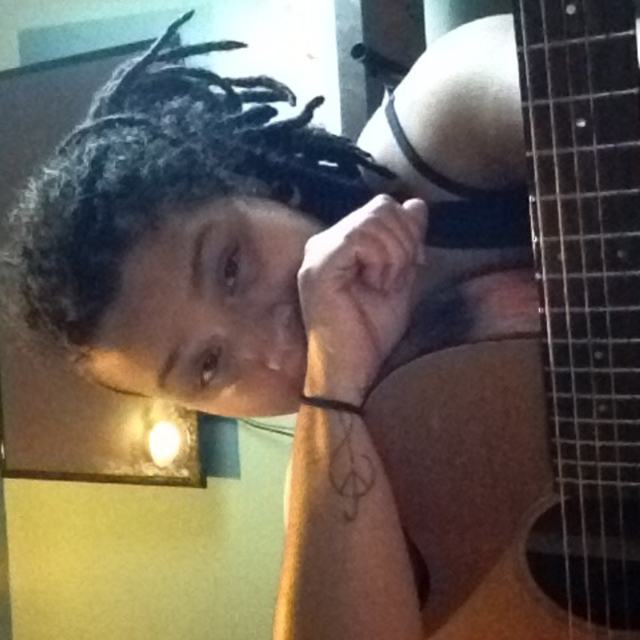 Hey! My names Arielle but most people call me Ari for short. For me "music is life" is definite In My book. Since very young my mother use to sing back in the day but then had to quit after having my three brothers and I. I grew up listening to mostly Spanish like sales, merengue, bachata, and reggaeton. I also listened to a lot of reggae. Then when my brother got his radio my music interest has expanded. I remember jumpin up bed to bed singing, haha. I started to be a little more serious at age 12 with singing so I sang so much! I just love it..even though I annoyed half of my neighbors. I also wanted to have ,y own first keyboard after falling in love with piano at 2nd grade. I'm no export though. But sometimes I'll listen and learn. At age 15 I got my first guitar my friend gave me. It was an electric but it was better than nothing. First song I learned was never too late by three days grace. Painful, but worth it! At age 16 I got my first ever acoustic guitar and fell in love. Later on while learning I hate strumming. It's not my best but I still know some patterns. I rather finger pick than to strum, though. Over the years, I'm 20 now, after trying and still trying to find my voice and get better. I don't really know my style I just know that it varies. I have wrote a few songs before but they need a LOT of fixing up maybe we can make it better :) I mean I did write them when I was 16-17. say I'm Moderately committed because if it does get more serious then of course I'll be but if we end up just having fun the. We're having fun. :) I want to find some people to at least have a good music sesh and have fun but I a,so want to go forward with it as well. I play uke I haven't played bass in a while but every now and then. I mostly play acoustic and sing. I'm a pretty fast learner and I have a lot of patience. It would be really fun and I just can't let this "talent of mine" wonder off in my room anymore. I think I. Ready to let it out. If I'm good enough for you guys :) we'll see.

my mother is my biggest influences in music. Growing up with music and her singing to me for as long as I lived. I guess I can say that "I got it from my momma!".