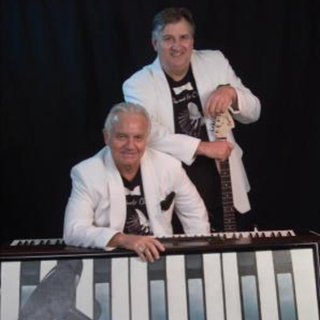 “We are preserving a cultural legacy, some of the most beautiful music ever written with hot new arrangements that inspire the audience to cut a rug or harmonize along, producing a deep freeze nostalgia...mirth and merriment prevail.”

Now looking for a steady gig, providing sonic pleasure in a convivial culinary establishment. (We likes to eat !)

You name them - We've got stories

ART HOUSE MUSIC
James Stewart, a classically trained pianist, is a composer for Warner Brothers and Columbia Pictures. Stewart was also the author and composer of the historical musical “Viva Santa Fe !” which was selected to represent New Mexico in the 1992 Worlds Fair, Expo' 92, presented in Seville, Spain. Stewart taught music and, piano and toured the U.S. instructing piano teachers

Wayne Clark has played in bands since junior high in Baltimore, MD. Clark has covered on both keyboards and guitar; Early American Rock and Roll, British and Folk Rock, Soul, Country, Reggae and Jazz.