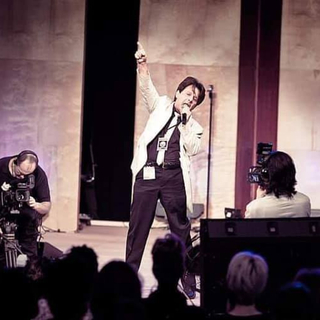 I have been singing for many years ( perfect fit for any British Invasion Band in look and sound). Can emulate to perfection most early British lead Vocals. Can also mix ot up with later 60's and 70's Vocalists. Can do Frankie Valli very well, in case you are interested in that sound.
Very good entertainer who mixes well with an audience. Contact: TheEndz at aol (dot) com

If you like - I would do a Four Seasons Tribute Band - I do Frankie Valli .. or a pure 60's / 70's pop rock / country rock band to do all the classics. I Love great vocals so - would need for at least 2 members who do vocal harmonies as well..
I am a Vocalist and entertainer who plays a bit of guitar - not a guitar player that sings... so if you are looking for Jimi Hendrix - I am not the guy. If you are looking for a good vocalist/entertainer who can do lead vocals or harmonies and some tunes on guitar.