Twilight of the Idols + Band in Washington, DC 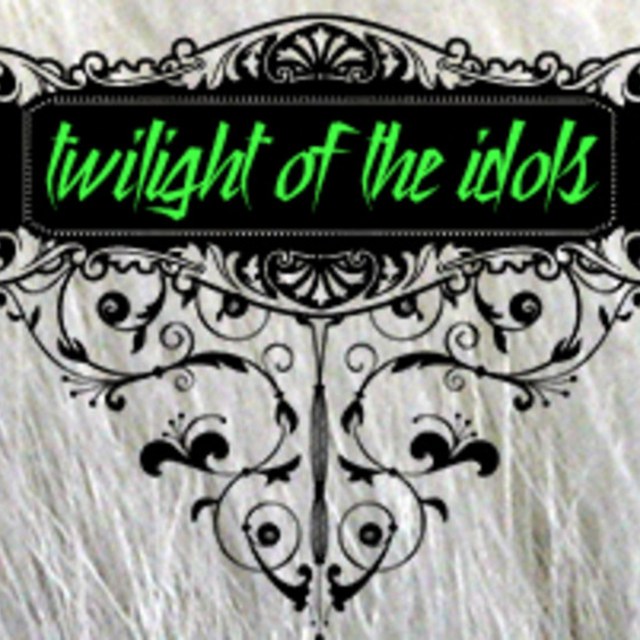 Twilight of the Idols is a rock n roll band.
In the fall of 2002, Martin Atkins (Ministry, Killing Joke, Public Image Ltd.) took notice of a pre-Idols demo, called self and soul, independently pressed by Brendan Evjen under the name "formate." and co-produced by David Reilly of God Lives Underwater. Atkins selected two tracks from this demo for inclusion on Notes From Thee Real Underground 3, a compilation released worldwide that same year on his label, Invisible Records. After being courted by everyone from Cleopatra to Columbia Records, the band decided to establish an indie following before going the major label route, and signed to Invisible shortly thereafter.

At this time, formate. hooked up with Grammy-winner Chris Vrenna (NIN, Smashing Pumpkins, Rasputina) and recorded a cover of INXS' "Need You Tonight" featuring Vrenna on drums as well as producing and mixing. It was immediately clear this song wasn't in keeping with the downtempo electro trip hop feel of formate. and Evjen reconsidered the direction, sonics, and theme of the record.

Evjen has since parted ways with Invisible Records, created Twilight of the Idols, and crafted a new sound with echos of an era when decadence was embraced. This work began with a second Vrenna collaboration - "No Design" - and continued with multi-platinum selling producer Duane Baron (Ozzy Osbourne, Motley Crue, Motorhead) on "Liquid Platinum." The band co-wrote the new song "Slighted" with David Reilly just weeks before his untimely passing. The forthcoming debut Idols album Needful Things will be dedicated to David, without whom it might not have come to fruition.

More recently, Ken Andrews of Failure (whose members went on to Queens of The Stone Age, Autolux, A Perfect Circle, etc.) produced and mixed two cuts for the record, "Add Vice" and "Body Politic." In addition, Chris Vrenna has been kind enough to take some time out of his hectic touring schedule as drummer for Gnarls Barkley and keyboardist/producer for Marilyn Manson to produce, mix, and perform on the new Idols tracks, "Infinity Hz" and "Diamond Dust." In the meantime, the band had the honor of signing a new deal with John Malm, Jr. and Object Merchandising. Originally created by Trent Reznor in the early 90's to provide the highest possible quality merch for Nine Inch Nails, Object had gone on to represent some of the biggest bands in the business- from The Orb and Basement Jaxx to Joy Division and New Order when it unfortunately went under in early 2009. The merch created during this time period is still available, for now.

With the music for Needful Things now complete, having been mastered by Tom Baker (NIN/Manson/Zombie/Ministry) at Precision in LA, The Idols are about to start working with Chad Michael Ward on photography and graphic design for the physical release. The album will see a digital release October 31st. In the meantime, preparation for live shows is underway.

A grassroots glam revolution has begun.

everything except YOUR GEAR. you gotta have gear.