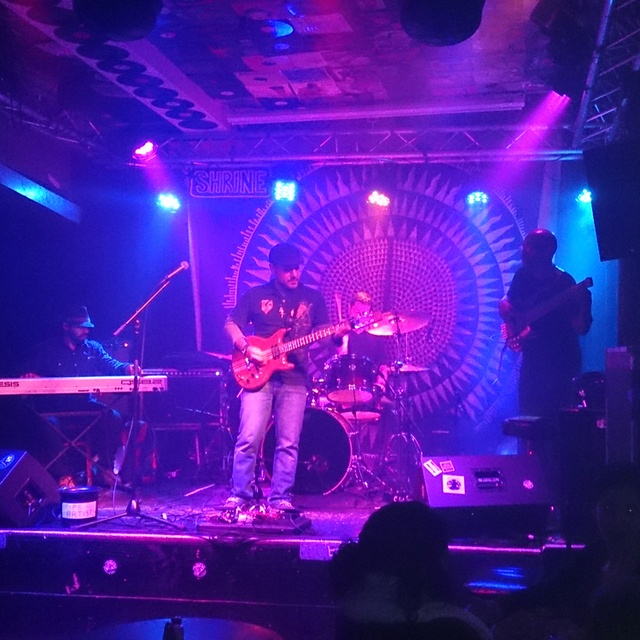 ATTO's Music is full of energy and feeling, capturing the minds of listeners and creating cinematic scenes transcending music genres and styles. His guitar playing mixes jazz lines with edgy rock and Latin phrasing, making it easy listening. ATTO has toured in the US and Caribbean including places like The Sugar Bar and The Shrine in NYC, Disney Resorts in Orlando, FL and Hard Rock Cafe in Puerto Rico. The ATTO Music Project brings ATTO's music to a new level as it is expressed through live musicians, each of them adding a different interpretation and color as they perform. One of these experiences can be heard on ATTO's latest album called "the ATTO Music Project LIVE" released under his own label. This album was recorded live at the Full Sail Concert Series in Orlando, FL. This event was video recorded and can be watched online at the official web site. In 2009 ATTO recorded and produced his first solo album titled "It's About Time". It encapsulates a mix of rock, jazz and Latin flavors including two well known worship songs giving tribute to his roots. In 1999 he recorded and produced the album "Revolucion" with D'capolis, one of the first musical projects. This group toured all over Puerto Rico and briefly in the US. ATTO has been in the music industry for more than 20 years. He has been the creator of many musical projects including the Latin Rock-Band D'capolis, 316 Jazz Band, Primal Trio and The ATTO Music Project. In addition, he has been involved in the recording industry as a guitarist and producer. He owned Kingdom Music Records (his personal recording studio) which produced various artists in PR and he is currently part of the music scene in Florida, New York and Puerto Rico. - See more at: ://attomusic/bio/#sthash.7UZYsuhw.dpuf