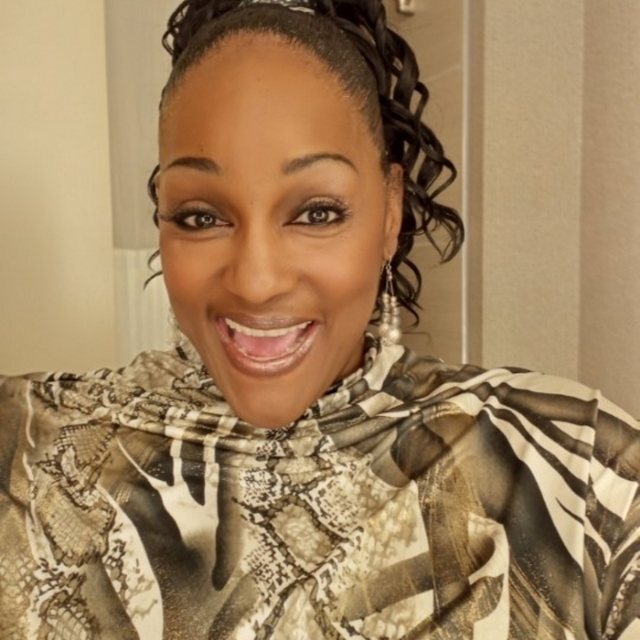 As a child growing up in San Diego from an early age, she began training in dance and by age six the pint-sized tap dancer performed wherever she could, including producing and directing her own shows in her front yard, soliciting local neighbors and friends to participate. Aydiee Vaughn is the youngest of four siblings, all gifted in music, education, ministry and humanitarian efforts. Over the years little sister took flight and expanded her wings into a small budding career. Upon her arrival in Hollywood, Aydiee Vaughn was immediately embraced
by the dance and music industry, working and performing with some of the biggest names, including Al B. Sure, Howie Mandel, Hansoul, Kurt Farquahar, Capital/EMI artist Portrait through Joy Bailey, Obba Babatunde, International Entertainer has mentored this quiet storm for 20 years, lending his support through her highs and lows. In addition Aydiee Vaughn has appeared in numerous videos with Mikki Howard, Jasmine Guy, The Whispers, George Clinton, Kool Skool, The Chimes, and Big Daddy Kane. Today she considers working along side legend
Barry White as the highlight of her music industry experience. As an artist she was awarded Black Image Awards “Neo Soul Artist of the Year in 2002, but injury delayed her career, and she has been slowly making her way back. Aydiee Vaughn has worked with some of the best performers hands down. As an actor, singer, choreographer, dancer, athlete and community leader only scratches the surface of what she has yet to accomplish. She has the caliber of talent legends are built upon. She has given her time developing talent, mentoring
others, working as a teacher of the performing arts and education community programs. Celebrating life after tragedy, the rise and fall
of a successful dancer, now flourishing as a remarkable singer, actor and competent business entrepreneur of BLMentertainment/Black Lucy Music Ent. She resides in Southern California with her dog ”Prince Bailey."