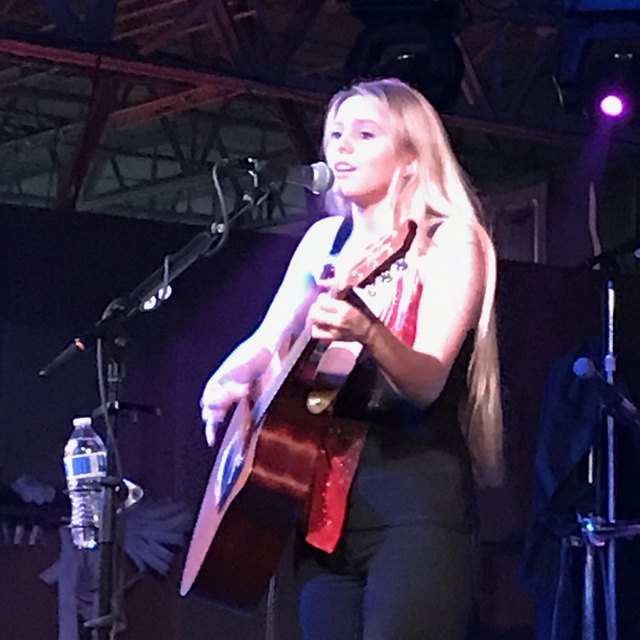 Ayla Lynn is a young hard working country singer/songwriter from Cape Coral FL. She is a native Floridian now living Nashville TN. She is attending Belmont University studying Entertainment Law. At the tender age of 11 she began writing her own original songs. Ayla Lynn’s first debut year in 2017 she performed over 100 shows. In 2018 she closed out with 140 shows. Ayla has traveled and performed in Nashville, Hendersonville TN, North Carolina, South Carolina, Paramus NJ, Cancun Mexico and all over Florida. Some of Ayla Lynn’s highlights include performances with legendary singer Barry Manilow and Kristin Chenoweth. She also opened up for Diamond Rio at the Country Fest 2018 in Port Charlotte FL. In 2018 Ayla Lynn performed in the BMI Island Hopper Songwriters Fest with artists/songwriters Jay Allen, Kylie Morgan, Angie Keilhauer, Liz Moriondo and Johnny Bulford. In 2019 so far Ayla Lynn and her band opened up for Mega Country Stars Chris Lane, Neal McCoy and Doug Stone. Ayla Lynn has also been a member of NSAI (Nashville Songwriters Association International) since 2017. She is also a BMI songwriter.

Ayla was also featured performer three times at the World Famous Bluebird Café in Nashville, TN. Her first EP is set for release in the summer 2020.To get connected with Ayla Lynn on all social media

We have full sound gear.