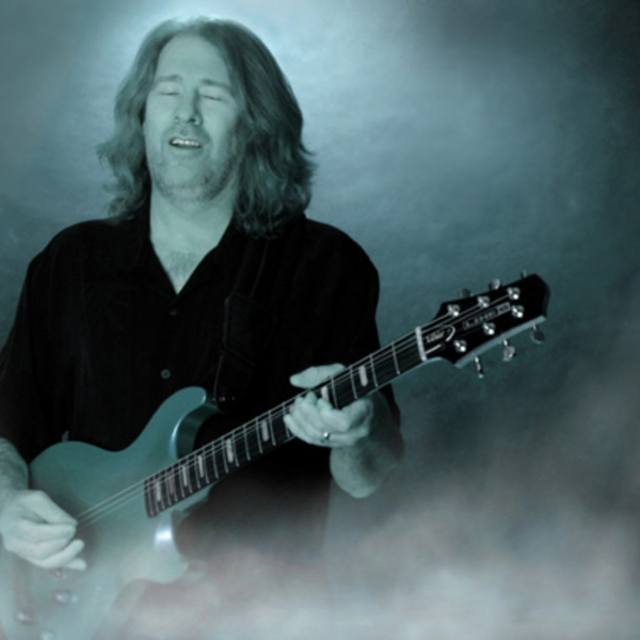 Steve DeVoss redefines the word musician. Regaled as the most influential guitarist since Eric Clapton, Steve is known for his recordings and tours, and as a member of the super groups, Spirit Surge, Plethora, Spectrum, and currently Stevie D and XRV. He is an innovator on the guitar, as well as a talented composer, arranger, producer, vocalist and multi-instrumentalist. But those gifts only begin to tell the tale of this Arizonian titan.
Steve is a loving husband too the world renown vocalist Kim Ajer; the youngest sibling of the amazing DeVoss Brothers (Mike & Steve), and the guitarist in their famed family band; the teacher of dozens of guitar players; and a Christian.
Steven Anthony DeVoss got to music early, growing up in a loving family in which his older brother played and sang. By the time he was 8, Steve was being taught guitar by Barbara Woodard of Koster Guitar Center, and at age 12 he was performing professionally with many bands. Steve was influenced by guitar mentors, Eric Clapton, BB King and Jimi Hendrix, while learning about the music business at a wildly accelerated pace. By the early ’70s, with the family settled in Brookfield Wisconsin, Steve became a mainstay at many Midwest taverns, making numerous connections with musicians in Milwaukee and Chicago. He recalls, “My parents and brother were the foundation. They prepared me for anything by teaching me to keep my mind open and learn to adapt.” Steve continued his music education at the Milwaukee Conservatory of Music. Working his way west from Milwaukee, Steve played countless clubs.
In 1978 Steve moved to California, where he worked with many musicians including singers Al Green and Shawn Colvin and played with Creedence Clearwater Revival and BB King. Since then Steve has played with countless bands and recorded in countless studios, and has settled down in Phoenix.
Steve DeVoss has the rare ability to continuously raise the bar, always growing as an artist, and he’s excited to have just finished another CD with Spirit Surge, “Take it to the Street".