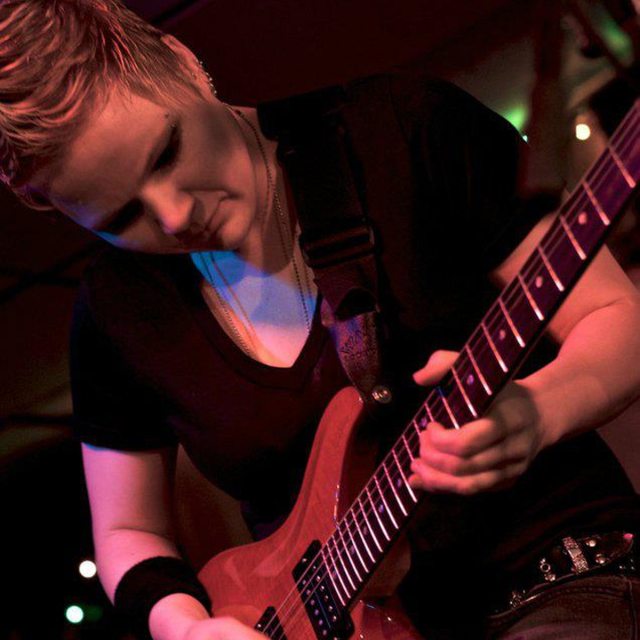 I just finished gigging with a cover band based out of Plymouth, Ma called Crush Nova. We played a range of tunes from Lady Gaga to Van Halen. During that time, we also started an original project called Angels of Apathy and released a few singles. After that, I started another cover project called Redline Romance before finding myself gigging with an original project based in Manchester, NH called A Simple Complex.

Currently, I'm looking to join or start a new band (preferably cover to start) and maybe a few originals later on. Looking for like minded individuals that love music, don't mind practicing twice a week and are looking to really put on a show instead of showing up in a t shirt for the gig.

My influences range from Jimmy Page to Orianthi Pangeris to EVH. I believe that each genre of music is unique and so is that particular style of playing. I'm still learning new styles of playing every day.

Blackstar HT40 Club with extension cabinet. Main guitars consist of, but are not limited to a PRS Custom 24, Gibson Explorer Lzzy Hale model, Charvel Skatecaster, Washburn Mercury Series 2 MG300 Series with upgraded Seymour Duncan hot rails and invader pickup. I like to keep pedals simple with just a delay, wah and fat boost. I prefer to let my playing and the natural sound of the amp do the work.