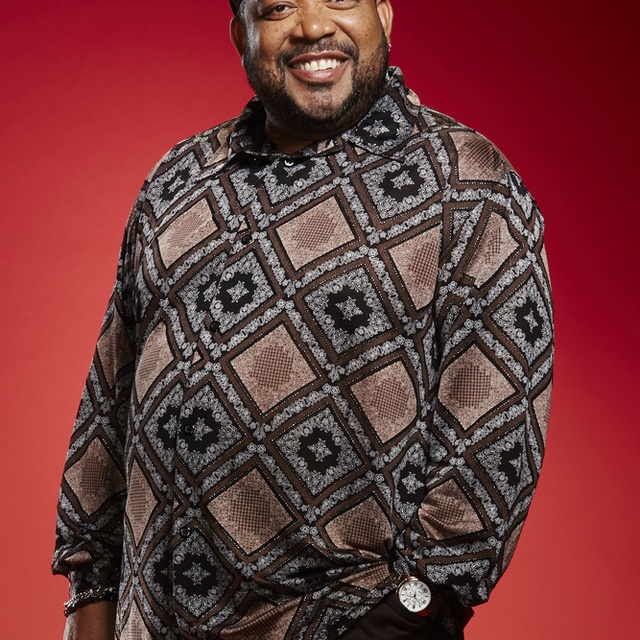 Barry Minniefield began a 10 year career as an executive chef at the Improve Comedy Club, he started singing karaoke for fun during his passion for music returned. He's never looked back. In 2015, Barry auditioned for NBC's "The Voice" Season 8 amongst 100,000 of potential contestants vying for coveted position for the Blind Auditions. He won a spot and during NBC's 'The Voice' Blind Auditions, his soulful rendition of Billy Paul's smash hit, 'Me and Mrs. Jones' caught a chair turn of 'The Voice' coach Adam Levine. For the Battle Rounds, Barry went toe-to-toe with Jack Gegori singing Dave Mason's, 'Feelin' Alright'. Coach Blake Shelton remarked that Barry's voice was, "larger than life" while Christina Aguilera exclaimed, "Barry...man your soul was off the charts!" Coach Pharrell stated he felt Barry's singing had a "soulful essence" reminiscent of great soul singers and took Pharell back to his childhood while listening to records and "cuttin' the rug". Adam Levine decisively chose Minniefield for the Knockout Rounds.

Join me July 4th at the Downtown Hyatt Hoodoo Lounge for hot fireworks of music!

Join me, Barry Minniefield at the Purple Room in Palm Springs, CA 7pm to 10 pm. Mark Linford will be guitar, bass, Gilbert Hanson, Johnny Meza on piano, and Sal on drums.