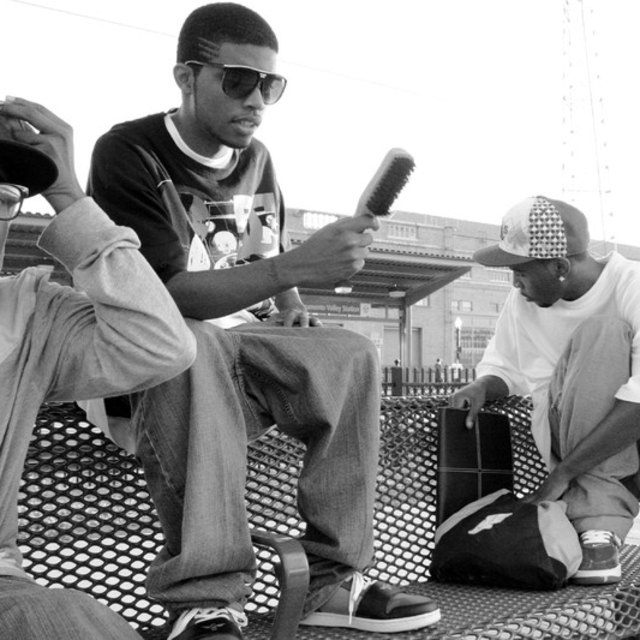 With influences spanning the thick of the nation and nostalgic trail of history, B.A.R.S. may be, perhaps, the most versatile hip-hop group of its generation, using aspects of The Mamas and the Papas, Tupac Shakur, and the freedom of art out of the Neo-Mannerism movement to shape their sound and musical vision of the future. This quartet, consisting of members Billy Gram, Ase Card, Young Ray, and Shnook, have used not much more than their drive and personal talents to collectively create something much larger than the average artist or act, ever since the official conception of the band in late 2007. This is sure to be a rags to riches story, indeed, as the bunch continues to embark on its journey to become one of the greatest musical products of the 21st century.

Moving to the San Francisco Bay area five years prior from its polar opposite in the concrete jungle of New York, Shnook had become a locally known producer by January of 2007. With acquaintances Ase Card and Young Ray, he was soon introduced to the fourth member of the soon-to-be collective, Billy Gram, and the rest is history, right?! Not exactly. Oddly, the story of B.A.R.S. is unique, in it own, as it was created by a matter of chance. In late 2007, MTV2s Dew Circuit Breakout contest caught hold of some collaborated music done by members of B.A.R.S., before they were B.A.R.S., and the group basically formed its self. Soon after, the four began to record several mixtapes and street albums, while performing as many local venues as possible, all the while attempting to push the limits of hip-hop, dance, and rock, to do something truly original and groundbreaking for the masses to consume.

In 2009, Young Ray was released from jail and B.A.R.S. kicked into full effect, recording new songs and further expanding their talents to songwriting and producing. Determined to be seen in the same shining light as artists like Rihanna, Drake, and Lady Gaga, ultimately, B.A.R.S. will settle for nothing less, and while some say the sky is the limit, B.A.R.S. is fully equipped to blast off to the astros and beyond.

Screen name:
barsworld
Member since:
Oct 26 2009
Active over 1 month ago
Level of commitment:
Very Committed
Years together:
3
Gigs played:
50 to 100
Tend to practice:
More than 3 times per week
Available to gig:
2-3 nights a week
Age:
32 years