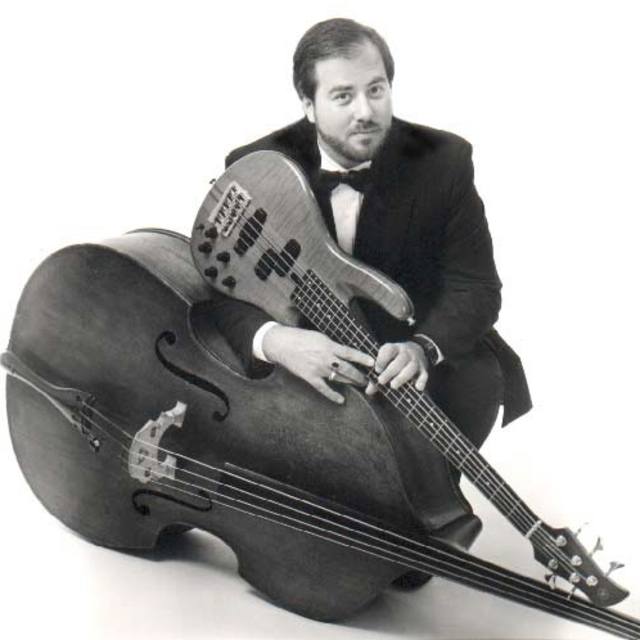 • I currently perform as the traveling Bassist for,

• Bassist for Alex Glover & Company since 2000. A high energy Club date band that performs many kinds of musicial endevors.

Showroom Bassist for the production show “City Lites”. The orchestra consisted of 13 instrumentalists. We performed with a click track that contained the back up vocalists. From time to time different “stars” would be presented in the show. The “stars” included: Jim Nabors, Phyllis Diller, Peggy Fleming, Rip Taylor, Steve Martin, Philip Wellford, The Jolly Jovers. Orchestra Leader: George Hernandez

Bassist for Lounge/Showroom. String bassist for Keely Smith, with Mr John Veith conducting and playing piano, for over a year. We also performed in Las Vegas for seven weeks at the Top of the Dunes, in the Dunes Hotel & Casino. I also performed in the main showroom during my time at the Golden Nugget

Showroom Bassist. Bassist for a production of the musical Can Can that starred Yevon DeCarlo. This show ran for nearly a year and included an orchestra of nine musicians. String bass was used on this engagement. Orchestra Leader: Roger DeLillo (formerly of “The Mike Douglas Show” - Trombonist)

• My home church from 1984 through 1995 was The Fountain of Life Center (Assembly of God), Burlington, N.J., Paul J. Graban, Pastor. I was the bassist for the Sunday Morning Worship Team for over ten years and helped with the church productions as well. The average Sunday morning congregation numbered about 1,500 people. • I have ministered with Bill and Rene Morris, Carlton Pearson, Larry Dalton, Don Moen, Sam the Sham, and many others. • Ministered at Washington for Jesus with Bill and Rene Morris along with Art Osborn and a 300 voice choir. • Inner-city street ministry in Trenton N.J., Philadelphia, P.A., Newark, N.J., and prison ministry as well. • Ministered with Ron Kenoly at The Fountain of Life Center in March of 1995.

All kinds of great music that gives joy and value to our lives and souls!