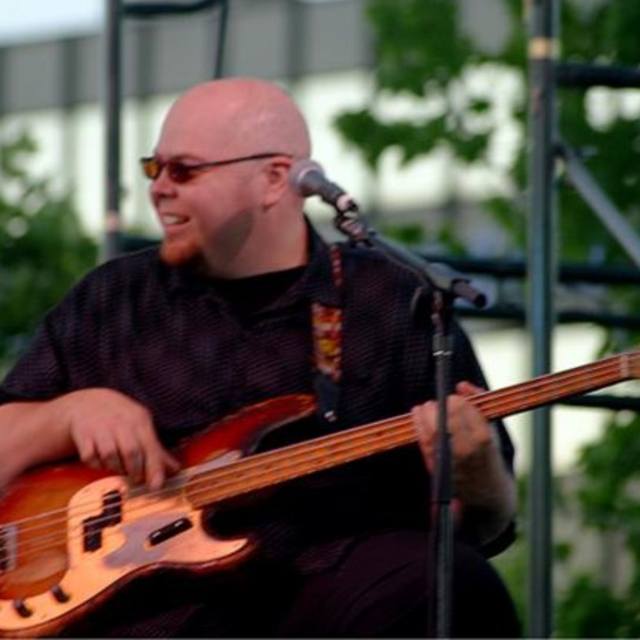 Bass Player/Multi-Instrumentalist.
I've been playing bass & drums for the past 10+ years. I love to sit in the rhythm pocket and just have a good time making things sound good on stage and let the songs breathe. I also play guitar, mandolin, keys & sing backup harmonies. Let me know if you're looking for a bass player or drummer with lots of experience and great sounding gear.

Bob Melanson has been my first call bass player, rhythm guitar player, keyboard frosting genius and all around musical force of nature since 1991. Through countless bands, singer-songwriters, all night sessions, great gigs and even the crappy gigs, Bob has been my right hand man. His groove is impeccable, his sound is always top notch and he is always a hysterically great person to be around. This is the guy you want to drive 6 hours with for a 45 minute gig. This is the guy you want that comes up with that magic part in the studio that saves the day. This is the guy that simply cannot allow himself to let you or anyone else down in any musical or personal way. I wish I could clone him. Really.