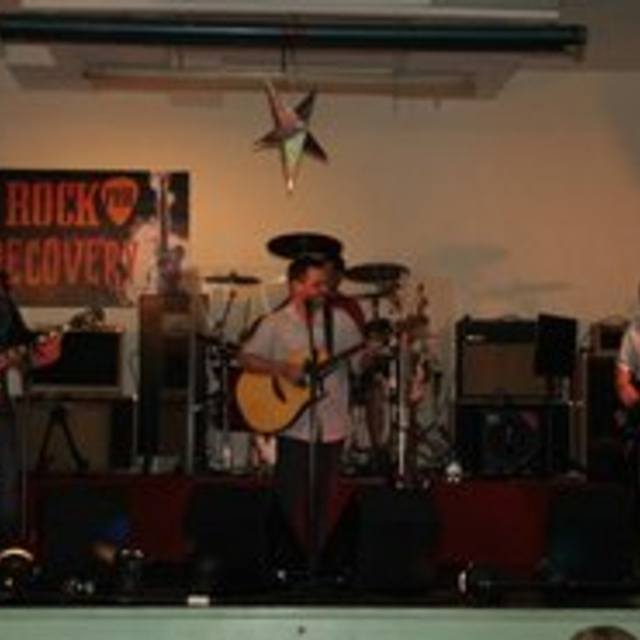 BIO:
Reach him at KeithGUmile at yaw who. Keith is a Semi-Pro drummer who still has a small following and still maintains a social media presence. He can funk, rock, reggae, disco, hip-hop, modern country, and simply hold down the jam and He's always been known "to make them dance!" As a drummer he plays both in and out of the pocket. He is most famous for playing out of pocket. Keith says, "I Consider myself a sponge, but I can hang well In the spotlight!" He's been playing drums for over 30 years. As a rhythm guitarist of ten years his original sound has been described as an innovative blend of country, rock and funk. Simply put...Keith has and brings something special and unique to guitar! He is originally from-and currently resides in Western Delaware county Pennsylvania. Keith has been in various original, cover and tribute bands on his path. From a 3rd generation musical family. Keith is currently a free agent -Live on Stage Musician as of 2020 and can be found in the Roxborough Philadelphia Music Studios, Delco Drexel Hill Face the Music studio,or his own basement or occasional open mic. He Is available on drums for original or cover band or guitar for original band and gigs, jams, along with session and recording work for royalties etc. even though he prefers the stage to studio. He also enjoys sharing his talent by teaching others percussion. Keith is currently available to book and manage other bands and scout for labels from decades of his first hand experience of performing, booking, negotiating with other bands, small bar owners to entertainment lawyers and do's and don'ts of knowing the business end.

PUBLIC STAGE:
Keith first took the professinal stage in a Deadhead band Wissahickon in 1992. As a teenager from 1992-1995 he was constantly jamming with many musicians and played Garnet Valley highschool variety show a few times and a lot of parties. He was told after a few lessons by his formal drum teacher there was nothing left he could show him since he out grew his own teacher. Keith had already began informally teaching drums at this time to others including Mike Jordan of The Crash (Creep Records).

Lorde Jive
By 1994 Rock and Roll was nothing more than nostalgia and grunge was fading out. Keith landed in the original pop-funk/modern cover band Lorde Jive known for their most famous hit "waiting for the bus to Chester", and covers from CCR to Phish. The singer (Jamie Tillman now of Red Phone Entertainment and Sometimes he still plays acoustic at Xfinity Live). Keith quickly became the band manager and booked them all over. Their home stage and town of Westchester University, The Ratt, 15North,Jitters, Rex's , and began spreading inward towards Philadelphia while playing Media Packy's and Jocylyn's. Lorde Jive was on fire locally in the West Chester scene and Media. They were opening for A-bands like Mr. Greenjeans. LJ bassist -Rick (Greenjeans lead guitarist's brother) and LJ's 3rd bassist jelled the band together but, unable to get larger rooms and venues without pro management they were gridlock since management and most bars didn't want original bands "following or not!" In Fall of 1998, newly sober-Keith left the band completely after a second major falling out with the band -they continued in a acoustic act for another 3-4 years till they split by 2006 from more internal strife.

Roswell Band
Meanwhile Keith reached a turning point , "a rolling stone doesn't collect moss" so He was moving into a different direction. 1998-1999 He wasted no time and began playing with Roswell the alternative rock original/cover band from Media who parted with their previous drummer. Roswell most notable hit song "Gospel Choir" by singer (Kendric Conn), and played Cheeks Pub in Aston, Doc Watson's in Philadelphia on third floor, and (G-love's local band was playing the second floor). Soon after they were gaining attention and playing shows with "Aitch". Bass player and lead guitarist moved on in their personal lives and they disbanded.

Pearl Jam Tribute Band "Dissident" and dried up music scene:
In 2001, Keith was in a near fatal car crash in Jersey and severely sprained his left hand when it hit the windshield. After a long recovery and physical therapy, he was ready to hop back in the saddle. First time in his career he had lost a lot of speed and strength but was still solid. The live music scene became desolate and dui's and synthetic drugs were keeping the masses indoors. Raves became the new fad and the radio was promoting country and rap music with a vengeance since they were- and still are the top selling music genres. The following summer a old high school friend and fellow musician John "Krankenstein" Korenko to join his Pearl Jam tribute band Dissident. They played University of Delaware Grotto's Brickyard on Main Street. The momentum ceased when against his vote another bassist was not able to fill the shoes left behind after they voted out the original bassist.

Steve Ketterer Project/Meeting Labels and Producers:
Collecting moss quickly in a sub par band at this point his professional decision was to part ways and move on. Turbulence hit once again and 2003 was a rough year since Keith's mother passed. Seeking refuge in his art, a new project formed and he was asked to play with singer songwriter Steve Ketterer and Korenko in the Dewey Beach Music Festival and Conference at and Rusty Rudder, and a couple bars in Hockessin Delaware, and Maryland. At the Music Conference in Dewey, a producer from Atlantic records gave a lecture about how they sort and pick through "applicants", and how to get a deal from playing the local scene. By 2004, searching through lack of talent and non-committed musicians, tied directly to rock diminishing completely from mainstream Keith went into exile.

Black Souls Band:
In 2008,dealing with the loss of their original drummer Erick Scatagerria (EBE entertainment) moving on with his music major in Mt. Joy, Keith was asked to join an original folk/pop band The Black Souls Band with(Will Maher now guitarist of The Real Feel) and the late Tim Johnsen (Bassist). They played all over Philadelphia including Old City, Northern Liberties Blue Room, Manyunk Dawson Street Pub, Old City, Tin Angel, Khyber, Drexel's The former North Star, Chaplin's in Spring City, and The Puck in Doylestown. The band was playing locally but not gaining attention or momentum. They specifically were told by bar owners and fans alike that Casey the lead singer was getting drowned out by the awful voice of their rhythm guitarist. Keith moved on because of artistic differences. Philadelphia music scene had turned non drum friendly, and strictly to hipster/singer songwriter acts. Furious at downsized emasculated drums, and the total acoustic world, Keith picked the guitar back up with a seriousness and not simple pleasure. By fall of 2010 He sought out to fulfill one of his bucket list dreams and began to pursue his first own original act. The new project included him trying lead vocals, and rhythm guitar for the first time. (Reverb Nation) "Hoarders" After a rough and quick demmo, they played a couple open-mics at Rusty Nail Ardmore, and the Grape Room in Manyunk. By spring 2011 They played the annual Landsdowne "Rock for Recovery" benefit with a showcase of bands. While it was successful, the band (mostly good friends) separated soon after. His vigilance, competitive spirit and pro talent led him back on drums and eager to find a new project and hit the stage running after 3 years of playing guitar for personal enjoyment..."I was dissapointed in and out of short lived projects with many craigslist flakes” with the exception of Danny of “Mob Mentality”.

MODERN COUNTRY ATTEMPT:
Keith was looking to play modern country by 2018 after resigning to the fact 'that's where rocks been hiding out'. After attending concerts of Brad Paisley, Garth, Lambert, Lady A, Dustin Lynch, Darius Rucker, Billy Currington and Willy Nelson, November 2018 Keith traveled to Nashville to see what his competition is gonna be and although he saw some good country cover bands and some original hustling talent at “The Commodore” it was nothing to give up on. He believes most of those musicians were chasing each other’s tales and lack “it”! He came back to Philly inspired to break in and break through the glass ceiling of modern country. Unfortunately after a grueling 4 month attempt to start a modern country cover band with little outside interest and support from local bassists, he sidelined the project. However, Keith’s musical friend and neighbor Anthony Caserta moved out there and performs his Johnny Cash tribute act daily on Broadway in Nashville. Keith still has ambition in the modern country genre.

LATEST BAND:
From 1/2019 -11/2019, He was elected to be the sole guitarist in the original power rock trio “The Screaming Beats”! (Reverb Nation) the project went into limbo by end of October 2019 after the Bassist decided he wanted something else.

TODAY:
Keith can’t wait to be lighting up the stage again or excitement of managing another act towards stardom. Keith states, “I'll keep jamming till God calls me home!”