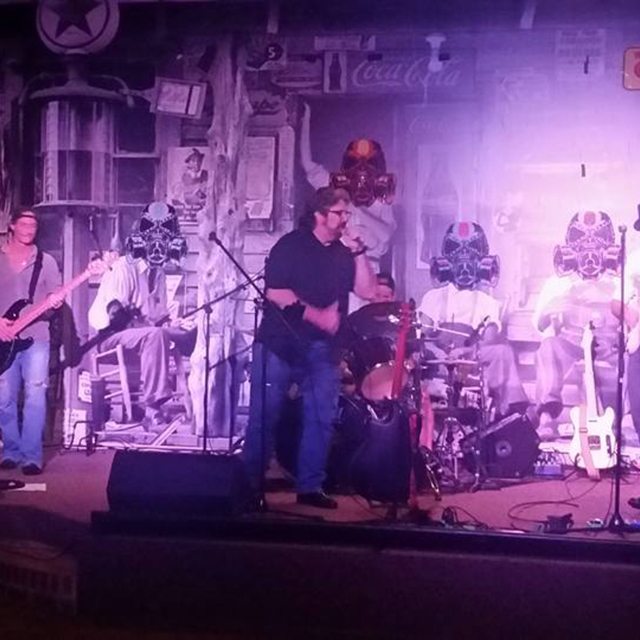 We are a Winston-Salem based Blues band. We are a group of professional, experienced musicians who together have more years than we like to admit of performing experience. Our style is a hard, driven, and powerful original and cover blues that mixes Chicago and Texas sounds with a splash of classic rock.

We are currently looking for a bassist. Send us a message if you are interested.

Everything from Muddy Waters and Elmore James to Clapton and Bob Seger.

Steve: Vocals. Guitars
Steve started his vocal career at age 17, and has covered a wide range of songs and artists. His passion in music is the blues and classic rock. He is also a self taught guitarist with over 10 years of experience to his credit.

Grant P. McAllister: Guitars, Acoustic, Dobro, Lap Steel.
Has been playing music since a young age and has been in and out of bands since high school. His tastes are eclectic and include ska, funk, jazz, and classic rock.

Dick Johnson: Drums, Percussion. Dick (Ron) is very well-known in the Winston-Salem music scene and has been performing in and around NC for 25+ years.

Fender, Martin, Sennheiser. We are fueled by love of music.