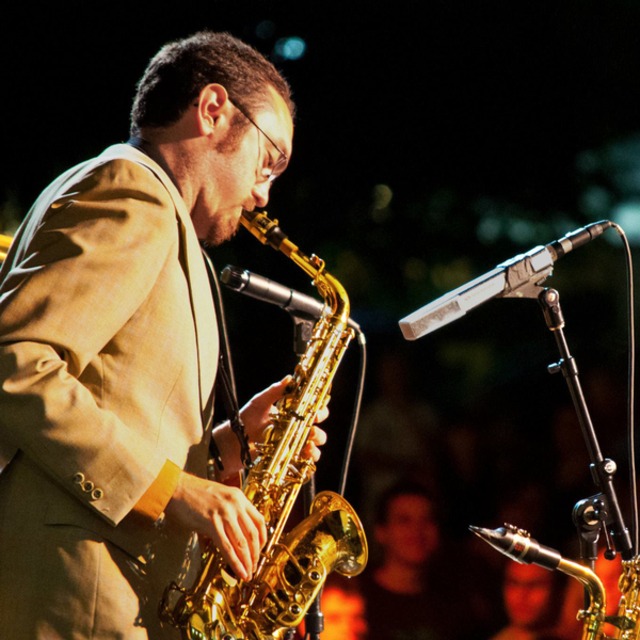 Brian is a composer, arranger, and bandleader living in San Francisco. He specializes in saxophones, clarinets, and flute in numerous genres including jazz, funk, swing, latin, big band, soul, R& B, classical, and musical theatre.

Brian has been a professional saxophonist and bandleader for over a decade. After graduating from Eastern Washington University with a degree in saxophone performance, Brian went on to perform with Carnival Cruise Lines, Coeur d' Alene Summer Theatre, Big Band Northwest, the Jimmy Dorsey Orchestra, and many others. After moving to Ann Arbor, MI in 2007, he became deeply involved in the local music scene, performing with Rampage Swing (bandleader), Third Coast Kings (musical director), Einsteinium Quartet (bandleader), Paul Keller Orchestra, Craig Strain Orchestra, ii-V-I Orchestra, Michigan Pops Orchestra, River Raisin Theater, and many others.

He is known for his massive sound on the baritone sax, which is equally at home in concert with roaring big band or a at a bar playing funk and soul. He is a prolific writer, having writting more than 20 original compositions and hundreds of arrangements for jazz, funk, rock, pop, and latin settings.

Cannonball Adderley, Tito Puente, Tower of Power, many others...