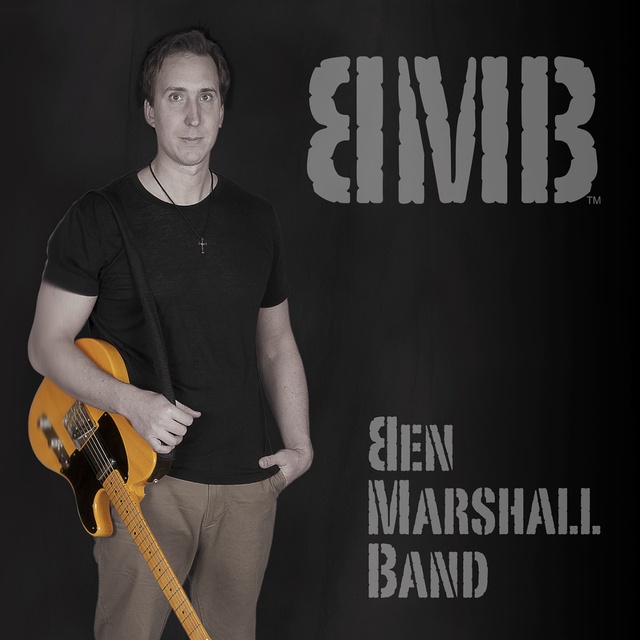 It has BEN a journey!!! His earliest memories of music were dancing around the house singing along to Elton John and Beatles records with his family when he was just a child. By age 11 he was drawn to the guitar and remembers bugging his parents to buy him one. After constant persistence he received his first guitar at the early age of 13. While the neighborhood kids were out playing he was up in his bedroom listening and trying to jam along with Jim Croce, Muddy Waters, Led Zeppelin, Boston, Eric Clapton, and The Beach Boys records to name a few. “I had a record player and a bunch of Vinyl records and I would just listen and try to play along”. He can remember that some of the neighbors thought it a bit odd that he spent so much time in his room. “I was just simply dedicated and was really bitten by the blues bug at an early age. I was completely focused on learning from the greats like BB King, Eric Clapton and Muddy Waters”. The sound of blues music touched a spot deep within his soul.

Along with learning by ear he was also introduced to George Yeatmen Sr. and studied classical guitar with him for a few years. This helped him develop technique and a unique finger style. “He was really hard on me but I am so glad I had the opportunity to study with him and learned the value of hard work and the importance of dedicating yourself to your craft”. Mr. Yeatmen was a guitarist during the big band era and was a well-known musician in the Baltimore area. “He played a huge role in my early development as a musician and he is deeply missed”.

Throughout the years he has focused more and more on the art of songwriting and has had the opportunity to work with some talented individuals. His musical influences are diverse and he is constantly listening and learning from various artists. “My biggest influences in my early twenties were artists like Elliott Smith, Jeff Buckley and Nick Drake. Since then I have expanded my musical pallet to a broader range of artists and am always in search of music that moves me”.

His current EP “Point of no Return” was a musical collaboration with David Vox Mullen and Joe Buchanan. It will feature 7 original songs that encapsulate a broad range of the artist’s style. “Working with Joe and David was hard work. They really stretched me as an artist and person. I learned a lot about the artistry of songwriting from them. I also feel that I walked away from the experience as a better vocalist, guitarist, songwriter and person”.

Ben is currently working with producer/engineer Tim Evans on a new original song called “My Soul” which will be added to the EP as a bonus track. “Tim and I just simply click and I feel the music we are working on is the best I have created so far. He is a true professional and a perfectionist in the studio”.

Ben’s career goals are to create music for a broad audience without losing musical freedom. He feels that freedom to create and experiment is essential in coming up with the best music and finding your voice as an artist. Ben hopes to someday have his music placed in Films, TV and Radio. He also would like to work with and write for well-known major artists as well. We hope you enjoy the EP and feel free to share your thoughts with Ben on his social media pages or contact us on this site.