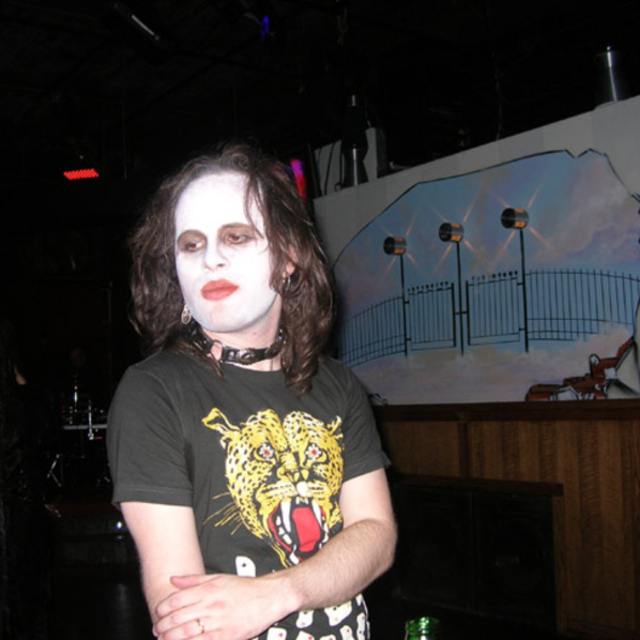 The Denver band Beryl Beloved (://./berylbeloved) is seeking several musicians from the Springs, from Denver, or in-between - a bassist, a rhythm/lead guitarist, and a keyboardist. Our sound is post-punk oriented, leaning especially toward deathrock/Batcave/80s-era gothic rock.:

"Their classy, gloomy and introspective sound takes me to the beginning when this type of music arose in the wake of punk's collapse, like Bauhaus or The Velvet Underground." - Isis Ledezma, The Batcave blog

"The music stays close to the roots of deathrock and goth without dwelling on past glories... beautifully crafted..." - Dirty Weather Magazine

"...it's turning ugliness into beauty. And it's just, it's a gorgeous EP, and I very much recommend that people pick this up." - GeekPlanetOnline: The InsideOutcast

"Beryl's vocals are dramatic and sure; thrown boldly out into the world - but there's something that still draws you in towards them. It's a magnetism, a compulsion; something in the sound that creeps under your skin like a fish hook. The whole EP has this odd contradiction about it; you could play it as loud as you like, but there's still a feeling like it's a whisper in the darkness; like sharing secrets with the lights out." - Exclusively Gothic Lifestyle
---------------------

Over 18 preferred. Looking for professional-minded, punctual, and dedicated individuals who would be prepared for Western U.S. touring within the next year.

We self-released our EP "Dressed for Burial" in July, and recently appeared on Subculture Shock's Fall 2010 compilation, alongside acts like Bloody Dead And Sexy, The Birthday Massacre, and Solemn Novena. This was a cd made available to participants of the show's semi-annual fund drive for WNRN 91.9 FM in Central Virginia.

The band has received regular airplay on 90.5 WUSC FM (Dark Entries) in South Carolina, 91.9 FM (Subculture Shock) in central Virginia, and WMBR 88.1 FM (Bats in the Belfry) in Cambridge, MA. "Procession" and "Last Rites" have been featured by U.K. DJ Martin Oldgoth on his weekly online radio show 'thirteen13,' and older demo tracks "Bought and Sold" and "Down Low" have also received airplay on Kansas City's 90.1 FM (Retro Red-Eye Express). Beryl Beloved's songs have been spun at clubs locally as well as internationally, most notably appearing on playlists at DEAD AND BURIED and DARKLANDS in the U.K. Also heard on Dark Horizons Radio, InsideOutcast, Aztalan Turf, La Baticueeva, and Ourobouros Podcast.