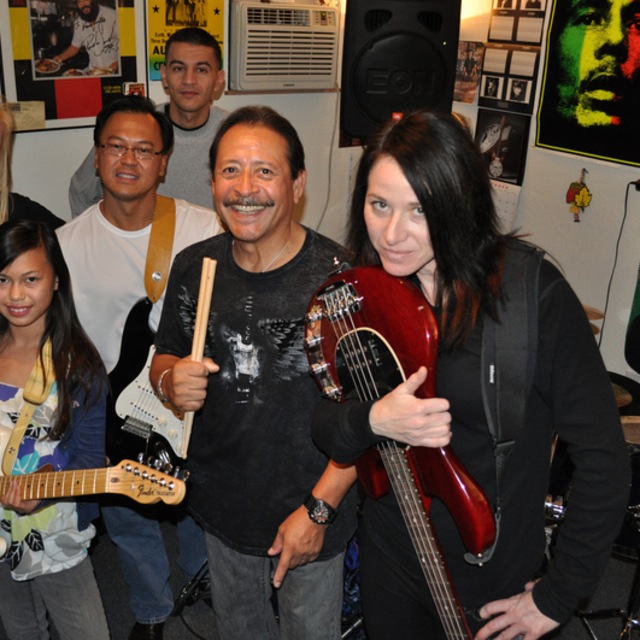 1-23-11
Just added another tune from the just finished CD Obsessions by Keefe Novoa. Put together two bands for the annual Light The Night Walk in Valencia. Now playing for Bag Of Tricks a top 40 cover group.
Next project is in still pending. Added some new pictures as well.

Blue Sky is coming to you soon. We are a blues and rock trio based out of the Santa Clarita Valley. Look for us in the near future. The band is Larry Tjan -Guitar Chris Stoneham -Bass Bert Contreras-Drums/Voc. 661-210-8792

The tune playing is a re-make of a Cold Blood original. I sang and played percussion on it. Hope you like it. The band is The Company out of Santa Clarita. thecompanyband-tcb

Someway Someday is a song from an original 80's band. I play percussion and sing backround on this one. The tune was written by Keefe Novoa and sung by Ron Crowder.

The tune Remember is from the band Tapestree with the great bass player Jerry Manfredi and on sax Cesar Garcia.

Take Me Back written and performed by Keefe Novoa and Ron Crowder from the 80's. I just slam dem skins on this one.

Mumbo Jumbo is a classic 70's funk style number. Again with Keefe Novoa working the axe and I am playing da congas and if you listen closely at the intro I used an oil filled whiskey flask to create the effect.The song takes about 18 seconds to start so just hang in there.