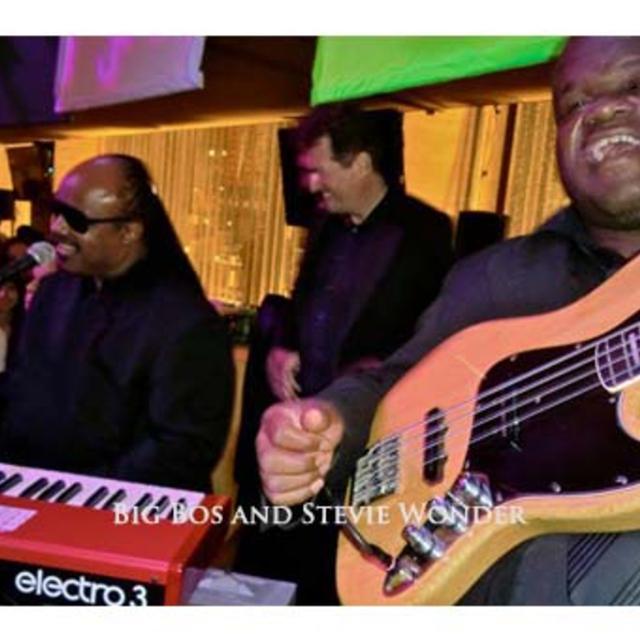 Ronald Bostick is known to some as “Big Bos,” is a highly talented Brooklyn bass player and a music producer. Not only does he play the bass, he is the bass. Bos was born and raised in the Walt Whitman houses in Brooklyn New York. At the age of eleven, He was already talented and aggressively showing off his talents. Because of his versatility, talent and compulsion for music and bass playing, he has had the opportunity to play with some of the following artists such as Stevie Wonder, BlueMagic, Michael McDonald, Martina McBride, Funkadelic, Darius Rucker, Cee-LoGreen, Jennifer Hudson, Wynton Marsalis, Ne-Yo, Charlie
Daniels, Kenny Loggins, Opened up for John Legend and he opened up for Tony Bennett. He played on stage
behind Earth wind and fire and closed the show.
At the end of the day, he feels that:"It's important that the established artist is challenged by the next generation."

I use a Gallien Krueger amp and my fender jazz bass.