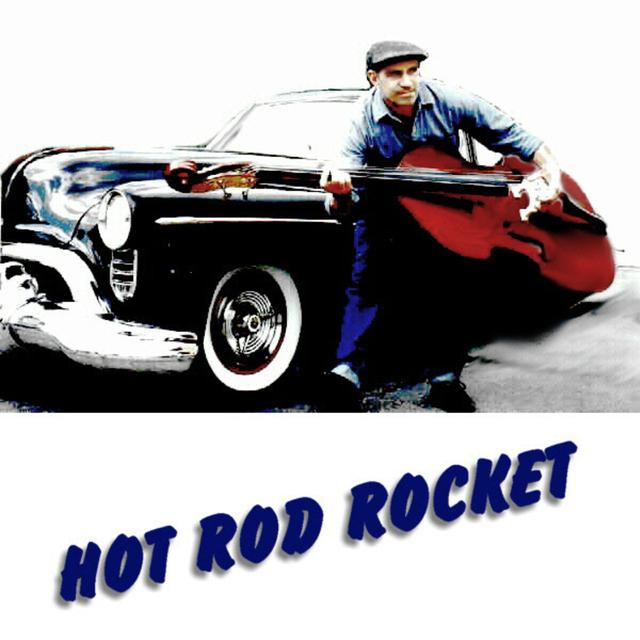 2020 , Just moved to Pasco County -Holiday
All vocals and drums in the audio samples and video above were sung by Ron in Clearwater FL. around 10 years ago.
Rockabilly , jump , swing only. I don't smoke or drink, have learned the hard way I won't work with a smoker and will only work with a non drinker or light drinker.(Unless you are paying me a lot $).
I can sing a whole set list or share the vocals . I play the drums standing up. There is a large untapped market out there that wants a fairly clean safe friendly place to laugh and dance and I have proven to my satisfaction that there is money there. I am only interested in working with people with a positive young attitude and an ability to approach music like they deserve to make money. An entertainer that loves to see people dancing more than displaying soulful artistry.
Listen to the great guitar work in the recorded samples above. The guitar player sounds like he enjoys playing. You can almost visualize him laughing and getting the ladies turned on. Thats the vibe I'm looking for. I think his guitar work is excellent, and it is pretty much what I want to hear in a guitar player. As I want to target a young energy crowd (regardless of age), it is important that you have a very youthful energy to you whatever your age. Young people in their twenties are included as the plan, up to any age that still loves to dance. You need to be a match to that energy.
THe upright bass player consistantly hits good notes that fully supports the song. I would have liked a little slap in there but that wasn't his thing at the time. If you want to play upright bass with me I would prefer good notes first and some slap second anyway. And you've got to bring a positive young enthusiatic energy to the team because that is where you, YOU, will find the money can be found.
I was in a club where the Jive Aces played for my target audience. 23 bucks a ticket and the place was packed. Their fans wanted to dance all night in a smoke free non threatening environment. Someone told me they play close to 300 times a year. You think they care about what some hardened bitter musician thinks about their music?
My influences are Rockabilly and Jump swing, Brian Setzer / Stray Cats, All the original rockabilly artists like Elvis, Jerry Lee Lewis, Carl Perkins, Billy Lee Riley, Gene Vincent, Eddie Cochran through western honky tonk swing like Kim Lenz.(She's the redhead in the picture) Also influenced by Brian Setzer Orch. but want to play that in 3 or 4 pc rockabilly/ jump setup.
NO PUNK- NO PSYCHO- NO Cry -in-yer-beer-abilly, I am only interested in getting people turned on a new fun spin on rockabilly that has a BSO jump/swing element to it, I call Hot Rod Jump. Totally Positive , totally designed to attract women that don't normally hang out in smokey nasty bars .

Those guitars and the bass in my profile are mine. Even though I'm a drummer (and like many musicians, got a little in debt), it at least lets you know that this is without doubt , the kind of music I love.

I've played in the band Hot Rod Rocket and the ELVIS LEE SETZER band. When I played in Hot Rod Rocket in Santa Barbara CA, we got booked in ALL, yes ALL the best clubs with only about 8 rehearsals as a band and our guitar player was a bass player that had taken up guitar only a few months earlier. He practiced like crazy and was focused and took his job seriously. So here we were, 3 uncredientialled, unproven, "no name" musicians getting gigs ahead of many talented CA artists.
So I don't care how short your resume is, I don't care if you learned the guitar a week ago, If you can play like the above recorded samples, and part of your motivation is to make money and turn on women, even if its just your wife, then you should email.
Type biggascaddy in be for videos of The Elvis Lee Setzer Band's first real live gig. Keep in mind it was our first real gig. This is absolutely the zone I want to play in song selection wise. If it makes you want to grab your guitar or bass or piano and play along, then you should contact me. biggascaddy at y_hoo

August 2017 $$$ update:
Someone who liked my vision has offered to fund my vision if i have the inner drive to make it happen. I have long complained that it is hard to start band when people have conflicting schedules and personalities and ideas. Then you add their girlfriend's opinion and their mom and dad's opinion and you have a mess.
Hey if you are in your twenties or thirties, yeah I'm old enough to be your dad but I still run full marathons for fun and have lots of stage energy.
I actually like the idea of younger musicians pulling in that attention of younger women while I keep the older crowd happy and dancing. Most people that like to dance are cool with a wide age spectrum in their audience, and I want to bring the party to as many people as possible.
The only solution I saw was when a band leader hired his own team and paid them. Upfront. Not empty dreams and promises. Real cash up front.
So I have the funding (its real and NOT an imaginary dream) to pay a compatible musician what they would be making if they had a full time entry level job.
Like building a house, the foundation goes in first and the first month is paid practice. Yeah $ for the first month's practice without ever having stepped on stage. The right team member gets paid upfront, during this period, in fact you will be paid for your first week at the beginning of week before you even show up for your first practice. This takes the worry and concern away that we have all felt when we have had to wonder if we are a good match with other band members. If your not a good match at least you got your money in advance.
You obviously have to audition. You have to already know and love the style of music. You have to be willing to be directed, and play the songs the investor says.
More to come. I've got the financial commitment so now I have to put it together.
If you are a little rusty but KNOW that you can get up to speed its ok. You'll get paid while getting dialed in. If you don't have an upright bas but know you can play a regular bass, you'll be paid while you learn to play upright.
The key things is a positive, upbeat personality that likes to get the ladies dancing, likes to see everyone having a good time, loves this type of music. If there are two potential guitar players and one is technically better but has a negative attitude, the job goes to the other one who is good and easy to work with, happy to be given the paid opportunity and willing to give it his/her best.
Someone is investing real money so they want real results. If you can't play guitar like the above audio clips within a few weeks of practicing, you aren't ready yet for this project.
You don't have to have any special look, or bragging rights. Just love to see people having fun. Male/female,Tall, short , fat , skinny, the music doesn't care. Can you bring the party? is what matters.
If you want to have fun and make money , you can email me
I'll want to see or hear something like a be clip or audio, no matter how crudely made, that shows you have some ability and interest already suitable for this project.
The 10 +yr + video you can watch here was my first time singing as lead singer and drummer, with a band that rehearsed only a few times for a couple of hours. It is there to give you an idea of what songs you'll be playing and also my belief that playing out while still getting dialed in is better than not playing out.
Watch the video through to the end before deciding to follow up.
I'll be putting up a better site for this soon.
I am not looking to be in a lazy bar band. I have funding from an investor for a young energy guitar player and bass player that would rather do this full time than work at Walmart/TacoBell/telemarketing etc.
I insisted on seeing the money up front before I wasted time or damaged my reputation. I have.
I have also committed to the investor that I won't waste his money on someone that isn't a great youthful high energy team player. Remember, I don't smoke and won't enjoy working with a smoker.
June 2021 update. I took too long to get something going, the full time offer is presently officially gone. ( but maybe ...)
Singing and seeing people dancing is my "beer", I don't drink and won't be a good match for anyone that emphasizes drinking as more important and rewarding than seeing people dancing and having a good time.

If you aren't interested in a full time situation but just want to practice while you wait for YOUR right situation, I am open to playing for fun and for free, just to stay in shape, as casually as you care to practice.

Rockabilly and Jump swing, Brian Setzer / Stray Cats, All the original rockabilly artists like Elvis, Jerry Lee, Carl Perkins, Billy Lee Riley, Gene Vincent, Eddie Cochran through western honky tonk swing like Kim Lenz . Also influenced by Brian Setzer Orch. but want to play that in 3 or 4 pc rockabilly/ jump setup.
NO PUNK NO PSYCHO NO Cry -in-yer-beer, I am only interested in getting people turned on a new spin on rockabilly that has a BSO swing element to it, I call Hot Rod Jump. Totally Positive , totally designed to attract women that don't hang out in smokey nasty bar . I'm in it to impress women, make money,and have some fun, not to PROVE to other struggling artists hat I am somehow worthy or deserving of their respect. The only respect I need is from people dancing and having a good time, and getting paid well for it.