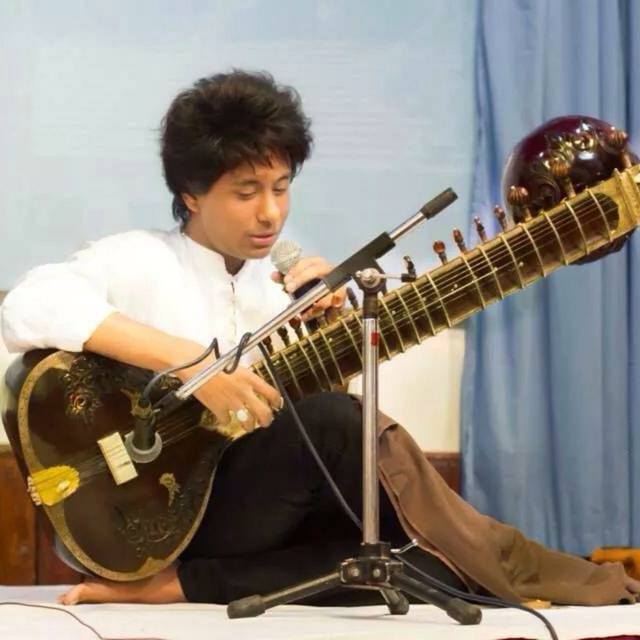 He was born to Tabla Maestro Rabin Lal Shrestha and Sitar player Bina Shrestha. Coming from a musical family, Mr. Bijay lal Shrestha started learning Tabla at the tender age of four under the guidance of his father Mr. Rabin Lal Shrestha and by the time he was 18, he completed masters degree in Tabla. Currently, he is majoring in sitar (Master degree) at Lalitkala campus under the guidance of Sitar Maestra Uma Thapa being the only young artiste in Nepal to have achieved degree in both tabla and sitar.
Mr. Shrestha has shared stage with the world-renowned flautist Pt. Hariprasad Chaurasia and has following creative albums:
â€¢ Maestro Duets on Sarod (2012 AD)
â€¢ Moods of Meed (2013 AD)
â€¢ Pandit Hariprasad Chaurasia Live in Nepal (2014AD)
â€¢ Abiding (2014 AD)
As result of his numerous years of training in both tabla and sitar, Mr. Shresthaâ€™s profound understanding of diverse gharana styles and mastery of technical skill gradually began to resonate through the magical touch of his swift, agile fingers. Today he is hailed as one of the serious, young exponents of classical music, who constantly endeavors to infuse interest and respect for this traditional art in the hearts and minds of the younger generation.
He has performed in different European countries (Belgium, Switzerland, Germany, Holland, Austria and Italy) with his band â€œPrana Mundi).
Currently, He is residing in Colorado, performing and offering sitar lessons.

Tabla, Sitar and other percussions