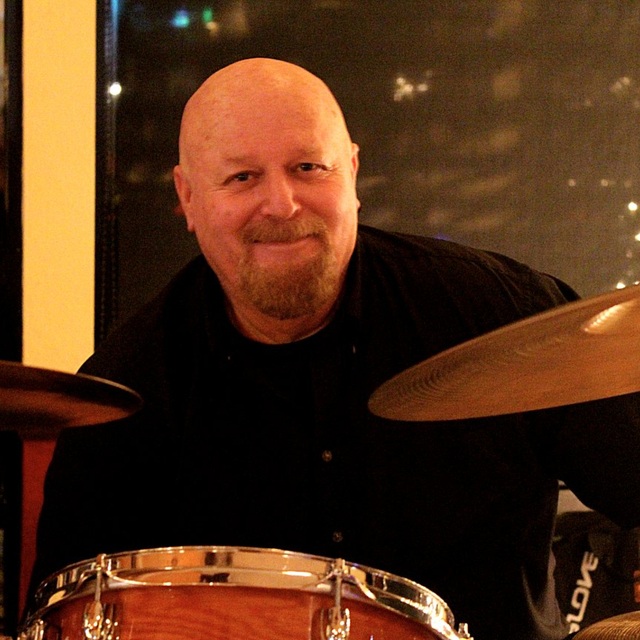 ABOUT ME: Lived, worked & performed in Orange County for many years. I now live in Hemet. I'm not currently in in a band, but am interested & looking for a good fit of players & attitudes. My former band, the 7th Sons, was a rock & blues project with a mix of original music & re-arranged covers. We played concerts (many of them), typically as an opening act for touring national acts, but became regulars at The Coach House for several years. We also played at The Galaxy Theatre, Marquee 15, and Brixton South Bay. The management & staff called us "the house band" at The Coach House. I'm a self-taught drummer, playing since '69. I can play classic rock, metal, funk, blues, R&B & and country. I enjoy playing rock, rockin' blues, oldies, and covers too... I also like metal or hard rock styles, and can play a very wide variety of material with several hundred songs in my song list. Reach me on gee-mail as "bikeridinbill"
You can find some samples of my playing here, and on You Tube, under the band names 7th Sons, Night-Creatures, and The Undecided from our many gigs at The Coach House, etc., but I've played many other styles and literally hundreds of songs over the years. I haven't played for about six months now, due to nowhere to rehearse and no one to rehearse with, but I'm a quick study and can get back into the groove pretty easily and quickly with a little rehearsal. Another way to contact me is through the Bad Dog Video web site. Google it... you'll find me! :)

I typically play a single bass, double tom, double floor tom Yamaha set up, with cases, a Frankenstein collection of DW, Pearl and Tama stands, Zildjian and Paiste cymbals, mics for all, a 16 channel & 8 channel mixer, a 150 watt Roland keyboard amp, a Roland effects unit, Shure vocal mics and booms, two Zoom digital recorders (H4 & an R24), a Carvin 1200 watt P.A. system with four 300 watt, 12-inch w/horn monitors, a separate 1000 watt amp, a power conditioner, and lots of video gear, not to mention a truck to carry them in. I also have a home audio mixing setup with Sonar X1 Producer, and pro video editing software (i.e. Sony Vegas Platinum & Pro), and have my own video company too (i.e. BadDogVideo dot com)
The line below is actually pretty funny (i.e. "How many gigs have you played?" It says "Over 100" as a top end. I would say hundreds if not more, might be more accurate. :) I tend to rehearse as needed by the project I'm involved with.