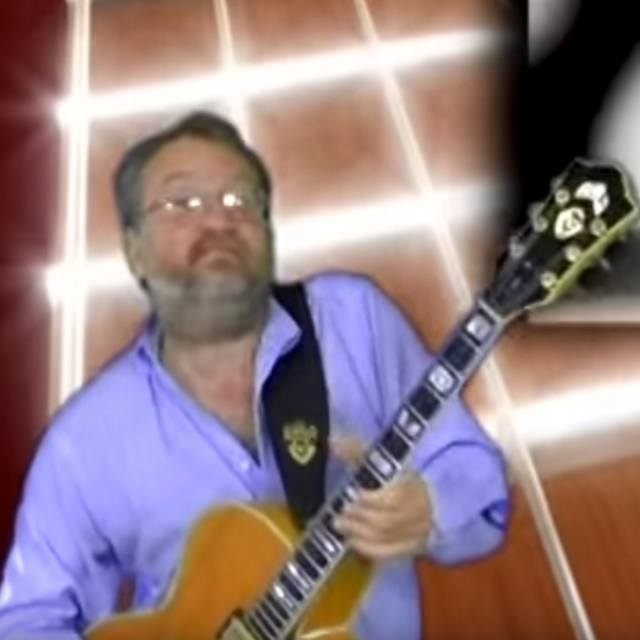 IMPORTANT UPDATE 2/24/2021: I am sorry to have to include this statement, but I have been contacted by some angry reality deniers that I cannot associate with. Please do not contact me about anything if you think Covid is fake news and/or are a MAGA Trump supporter. We literally share nothing even if some music interests overlap.

Thanks to all that are respectful about objective and demonstrable facts. Peace to all. I pray musicians work towards better times, so people can freely enjoy our music again!

Bill began playing guitar as a tweenager, watching Chicago folk musicians perform at a coffeehouse on the Rock River. As a teen, he moved on to electric guitar and the rock of the era, today called "classic rock". Like his friends, Bill played all the Beatles songs.

After high school, he studied guitar at Wisconsin Conservatory of Music. It was an accredited full jazz program then, taking classes and private lessons with some of Milwaukee's top players. Bill does not consider himself a "jazzman", rather his music has jazzy influences and a smooth yet strong swing feel. He enjoys playing Americana, sometimes called the American songbook, or roots music.

Much of Bill's life was dedicated to acoustic guitar, dreadnought or archtop. Today, he is only interested in playing electric guitar music that is not loud and heavily over-driven.

Bill sings lead and background vocals, but hasn't been recording these -- perhaps he will record a couple of demos soon and then will promptly upload.

UPDATE 2/4/2021: Bill's been asked how he creates the smooth, clean, pure tones in his audio and videos; especially using a Gibson Les Paul.

This begins with heavy strings, approximately the gauges traditionally used for bluegrass. The high E is a 15 (vrs 12 in bluegrass sets) and the low is 56. The G is a wound string, easy to bend, as the core is not larger, and is often lighter, than typical unwound strings. The style he is sharing here, however, uses few bends and he pick almost every note.

Using 15-56 gauge strings require the nut be re-cut. No one sells guitars set up with these string anymore. Masters like Les Paul, Wes Montgomery, other traditional jazz guitarists, and Stevie Ray Vaughn used heavy strings like these. I always replace nuts with bone.

These heavy strings require a precise set-up, extremely accurate intonation, accurate fret crowns, and very low action. Bill has found there are only a few luthers in Wisconsin that can achieve this. Please contact him if you want to know who sets-up his guitars.

Then, enough air needs to be put between the pickups and strings, eliminating distortion while providing a clean tone which emphasizes overtones and sympathetic harmonics.

Finally, Bill records direct into a digital recorder with no amp or digital amp model. When performing, he uses a Fender Princeton, a Roland Cube EX (on it's clean setting), Polytone amps, or runs direct into a PA. His Bose L1 is perfect for this.

Jack Grassel (Milwaukee guitarist) and some of the other outstanding area guitarists that, while great in their own rights, also studied with Jack or his mentor, the late great George Pritchett.

Under Jack's advisement, Bill has some guitars set up to sound like a bass (low E & A string) and a guitar (D-G-B-E). This effect is most pronounced when the 2 low strings are flat-wound and the next 2 are round-wound.

You can hear this as the backtrack, using a looper, on Bill's video for On Wisconsin (swing style) and the audio samples for America the Beautiful & I'm a Fool to Care.

Bill can cover bass in a combo or duo as needed should a project move forward sans bass player.

As a guitarist that started playing in the '70s, Bill is influenced by the many greats that were on the charts. Most people listened to AM radio in those days and the programming was music and not talk.

*Epiphone Les Paul which premiere Milwaukee luthier Dennis Rauen modified by adding 1/2 of a precision bass pickup under the low E and A strings. For more on this mod, please contact Bill

I have a few more pedals, that haven't been for a while. I can get a more rock-styles and over-driven tones with these.