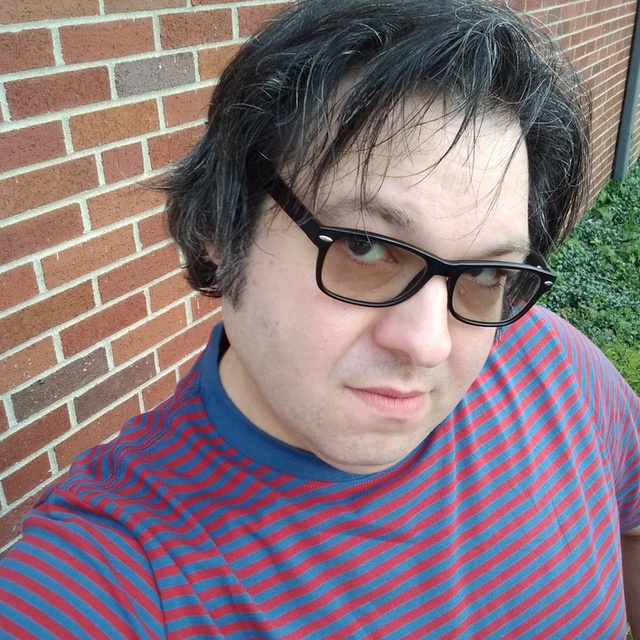 My personal background, if you're interested: I'm mostly self-taught, began playing guitar in earnest at age 10, keyboards at 12, and always interested in recording and production. I was in three bands between 2001 and 2008, all based in Columbus, Ohio: Brokedown Sound (Dead/Phish style jam band; played bass and occasional vocals), 2) Floorian (heavy space/stoner rock; played mostly keyboards, Roland Space Echo, occasional guitar and bass), and 3) Twiggy and Frollywog (eclectic indie pop with vaguely prog tendencies; played mostly guitar, some bass, some vocals). After seven-odd (or should I say seven very odd) years in northern New Jersey I've returned to my dear hometown and rejoined Floorian (this time on lead guitar) for recording and the occasional live gig, as well as continuing my own solo demo noodling. Since BandMix apparently won't let me mention other websites by name or URL, please go to s--ndcl--d.c-m (fill in the vowels) and search for Bill Spiropoulos if you wish to peruse my solo crud. Also Google "Floorian" and "Twiggy & Frollywog" to sample my other bands' material.

Not an exhaustive list, but a frame of reference for the kinds of things I like would include:

Finally, what I *don't* like: contemporary hip hop/R&B-based pop, contemporary country-pop, most post '70s metal, pop-punk, emo, a lot of classic rock (ie the same old bullsh*t you always hear on the radio), almost anything made after 2000 based on the I-V-vi-IV chord progression, almost anything with autotune on the vocals...you get the idea.